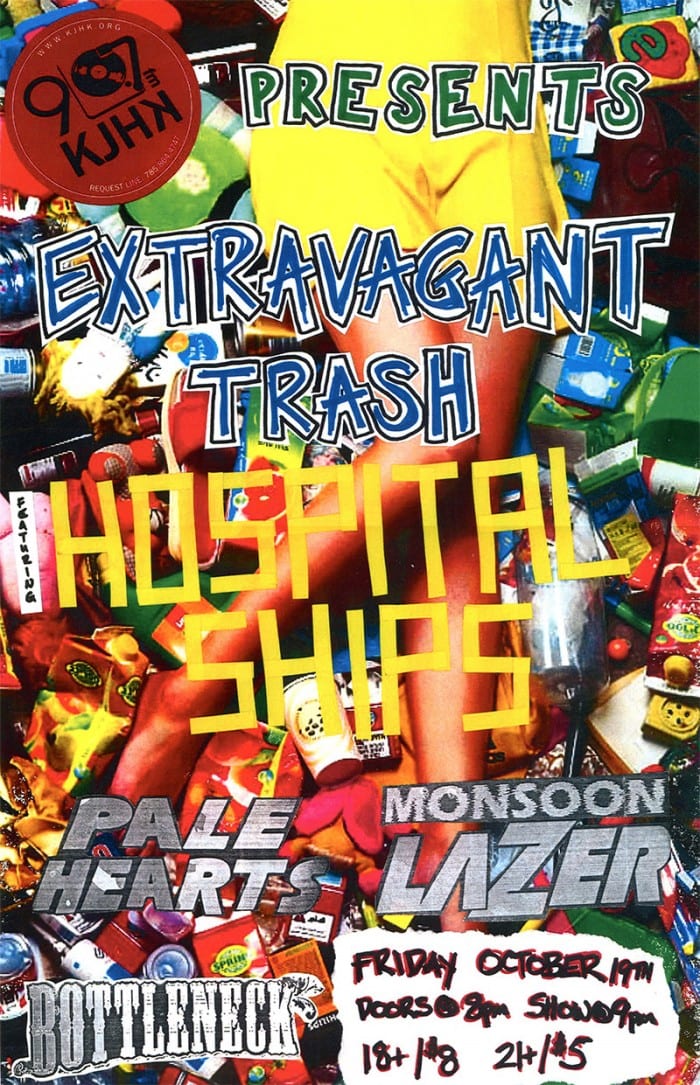 Hospital Ships, Pale Hearts and Monsoon Lazer this Friday at the Bottleneck

KJHK’s first live event is this Friday, Oct. 19. Extravagant Trash, a punk show of sorts, will feature Hospital Ships, Pale Hearts and Monsoon Lazer. The show is at the Bottleneck, doors open at 8 p.m. and the show is 18 and over. KJHK’s Live Events director previews the bands performing below:

Monsoon Lazer will be opening, and they are a relatively new band made up of old pro’s from the Lawrence music scene (members of Jabberjosh and Appleseed Cast). They’re generally a little harder sound, more on the punk side of things. Check them out at their first show a couple weeks ago, at this link:

Pale Hearts, another relatively new band but with quite a few shows under their belt. Lead singer Rob Gillaspie is a local filmmaker who tended bar at the Replay for years. This band’s sound is also pretty hard, but with an almost surf rock/1960s feel to them. They like to wear masks and engage in onstage antics, which makes for a pretty excellent time. Check out a link of them here:

Last but definitely not least, our headliners are Hospital Ships. And they are incredible. They aren’t necessarily as “hard-rocking” as the other two bands, but their genuine musicianship and indie-esque qualities make them an amazing on-stage presence and will send you out into the night feeling good about your life. What more could you want, right? Check out this especially charming music video and catchy tune here: 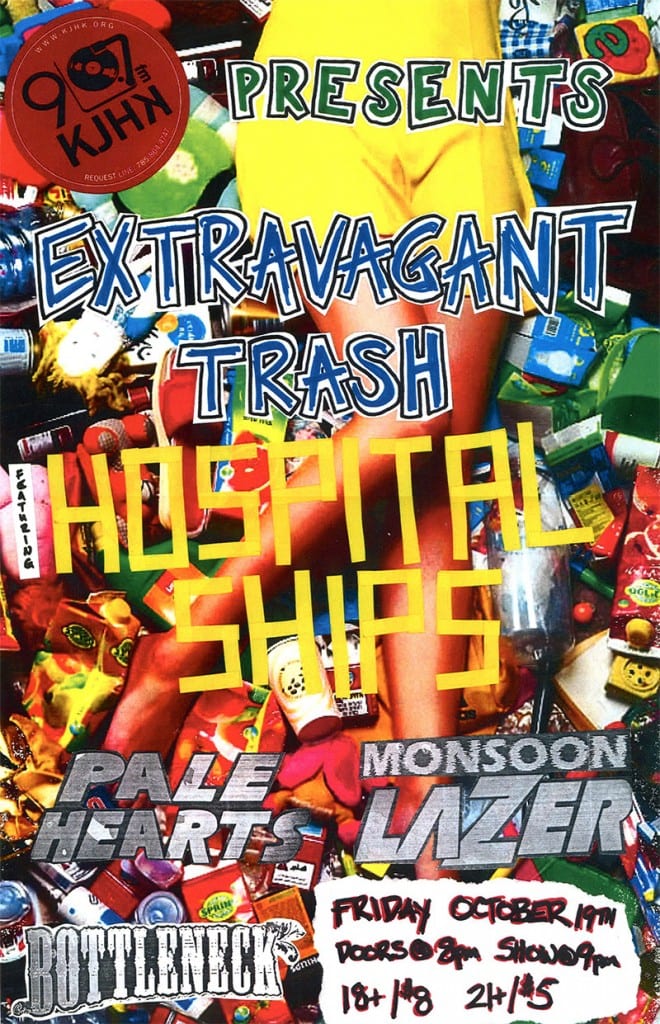