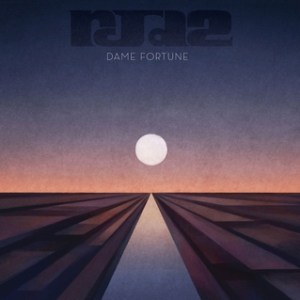 Dame Fortune is an album that combines soul, R&B, and funk music of the ’80s with trip-hop elements popularized in the early ’90s to create a time capsule the world was eager to revive. If never informed about the release date of this album and asked to guess when the album came out, you would place a bet on the late ’90s. “We Come Alive” and “The Sheboygan Left” play like songs that would be included in Starlord’s mixtape by boasting danceable grooves, funky riffs, and soulful lyrics that are easy to digest. Other works take on a more experimental style. “A New Theory” constantly inflates and deflates a huge sounding sample in a rhythmic fashion while “PF, Day One” and “A Portal Inward” feature Pink Floydian synth work that instills a sense of nostalgia.

This album is RJD2’s ode to what he believes to be the best the music industry has had to offer in the last couple of decades; a recreation of the songs that resonated with him the most to make a point that the public should revisit the music of the past. Maybe RJD2 had an epiphany after realizing the meaning behind Random Access Memories and wanted to offer his own take on the history of modern music. Dame Fortune certainly does get the point across, but only as an afterthought. It does not blatantly tell the audience to “give life back to music” on the first song, nor does it feature an interviews of a pioneer of electronic music, but the diversity and style of each song hint at the direction that RJD2 would like others to go.

Dame Fortune takes more of a passive stance where Random Access Memories is active from start to finish; like a suggestion versus a statement. Though the message is not as powerful, the emotions linked to it are still present.

Recommended If You Like: DJ Shadow, Jackson 5, Pink Floyd