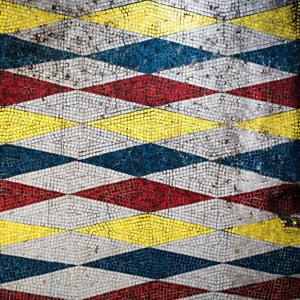 Little Green Cars is a five-person band from Dublin that got its start in 2008. The first album, Absolute Zero, released in 2013 which resulted in an American and UK tour, along with performances at SXSW, Coachella, and Lollapalooza music festivals. Little Green Cars’ first album foster the group’s beginning as a respected indie folk band, featuring their most popular single “Harper Lee.”

The band released its second album, Ephemera, in March of 2016. Filled with the same amazing harmonies and lead vocals by Stevie Appleby and Faye O’Rourke, this album is a strong follow-up. Through the twelve tracks, the band spills emotional lyrics and catchy harmonies that create a dark, melancholic album.

Ephemera is an easy listen, making a peaceful yet raw record. Songs like “Clair de Lune” and “The Party” feature Appleby’s classic vocals, while the tracks “Easier Day” and “Ok Ok Ok” reveal a vulnerable yet potent side of O’Rourke. The album concludes with “The Factory” a simple ballad with vocals from both Appleby and O’Rourke proclaiming “I’m alive again.” It seems to be a fitting end to an album as expressive as this. Little Green Cars’ sophomore album is packed with haunting lyrics, upbeat melodies, and powerful vocals that are worth a listen.

Recommended If You Like: Wye Oak, Interpol, Local Natives