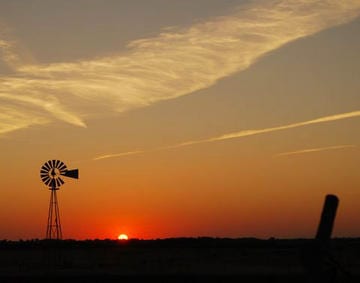 Fall in the Kaw Valley Farmland

Midwesterners are typically all-too-aware of the common misconception that there isn’t too much to places like Kansas other than endless fields of wheat and corn. To be fair, it’s a misconception not entirely removed from fact: Kansas leads the nation in production of both wheat and sorghum. But there’s a lot more to Kansas than the seemingly non-ending amber waves of grain, as local producers showed at the Kaw Valley Farm Tour.

Two dozen small-scale local producers, from alpaca ranchers to dairy farmers and family farms to middle school gardens, all opened their doors to the public on October 1 and 2 to show what they add to the local agriculture industry. We stopped by several to see what’s been growing around town and to meet the fine folks who have been doing the growing. Click ‘play’ to hear more:

More information about the Kaw Valley Farm Tour can be found at kawvalleyfarmtour.com.