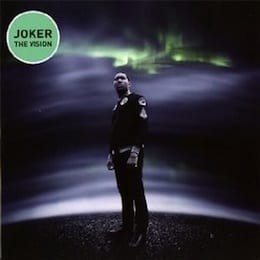 It may be a bit dated but Joker still has some catchy beats.

After becoming a fan of the UK electronic scene over the last year or two, Joker stood out to me as one of the best at creating huge bass driven songs and being one of the big producers in the post-dubstep game with his “Purple” sound. This album is his first LP and was personally a massive disappointment. Joker had seemed so sure of himself in the very indecisive field of the dubstep genre and this album feels like he lost touch with what he was trying to create in order to create something that people could enjoy as pop music. I am most disappointed because I know Joker can do better and look forward to seeing if he reverts to making pure instrumentals or if he stays interested in adding vocals to his tracks. Simply put, this album is about 3 years late (note the addition of the ancient track “Tron”), the vocals are monotonous, and it somehow stays catchy. Good material for ‘Breakfast For Beatlovers’.