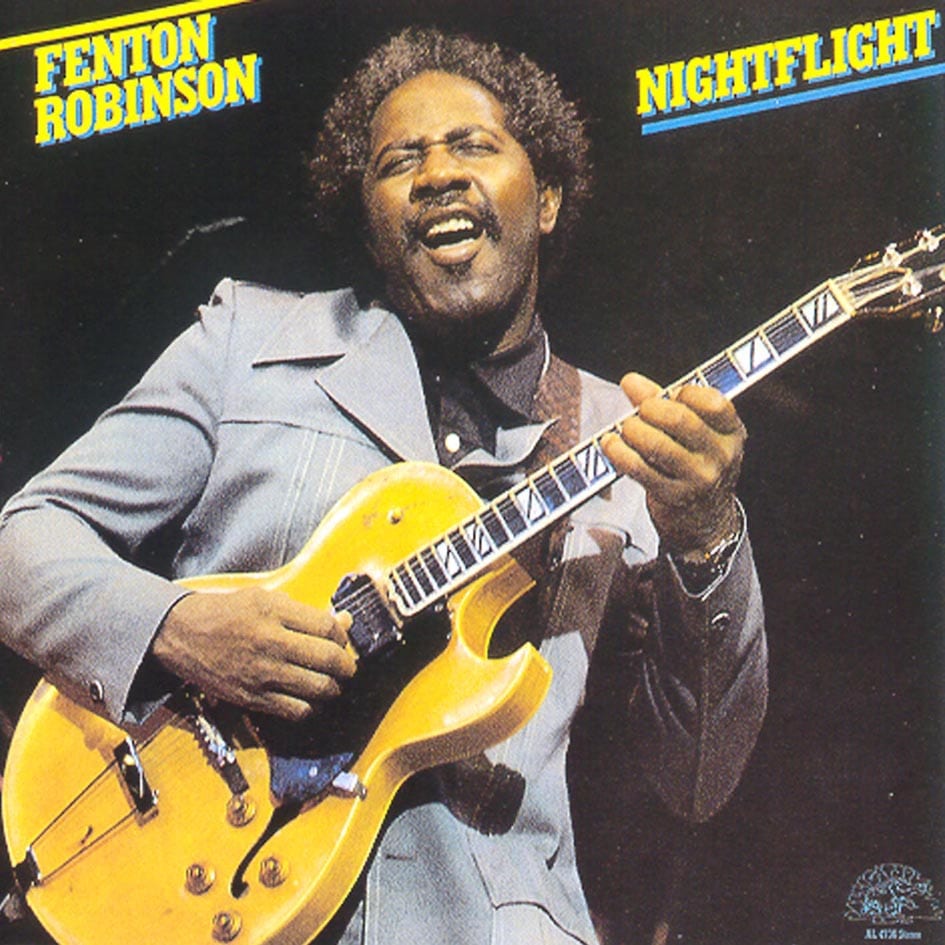 What’s Playing At the Jookhouse

“Directly From My Heart to You” – Fenton Robinson
This song is indicative of that raw early Alligator Records sound from the early 70s. The low end really comes through and Fenton’s guitar playing is so clean and syncopated. Makes  for a nice contrast to the really unvarnished production of the song. This track just sounds GREAT, especially on vinyl.

“Chicken Pox” – Booker T. & the M.G.’s
1970s M.G.’s is a bit patchy, but this one is a real keeper. Booker T’s organ is augmented by some of Steve Cropper’s finest guitar playing. The riffs that lay under Booker’s organ lines are really heavy and Cropper’s licks at the 1:20 mark are soooo jagged and funky. Nobody plays guitar like this. Also, listen for drummer Al Jackson Jr.’s killer right foot on the bass drum.

“Soul Serenade” – King Curtis (from live at the Fillmore)
One of my all-time favorite soul records is Aretha Franklin’s “Live at the Fillmore.” While this album is universally acclaimed, not as many people know that the great soul-jazz sax player King Curtis not only played alongside Aretha, but also opened the show. This song is from his opening set. I love the way that guitarist Cornell Dupree and King Curtis slowly exchange riffs as the song gently crescendos into a full-on cascade of horns and organ. Drummer Bernard Purdie’s snare keeps everything anchored.

“Jealous Guy” – Donny Hathaway
Donny was a criminally underrated soul singer in the vein of Stevie Wonder who died way too young. This one was taken from his live release and is a cover of the John Lennon classic “Jealous Guy.” The song starts slow and builds into a full-on gospel revival with pounding piano and Donny exchanging shouts with a handful of back-up singers.

“Grab Me a Freight” – Jimmy Witherspoon
This one is from a release called “Evenin’ Blues.” This track was designed to be played late at night while alone. Jimmy’s resonant baritone is coupled with a honking sax solo that grabs the spotlight about halfway in before trailing off. Gentle brushed drums add a nice touch to this slow tempo gem.

from vince meserko
listen to Jookhouse every Saturday from 6-8 p.m.