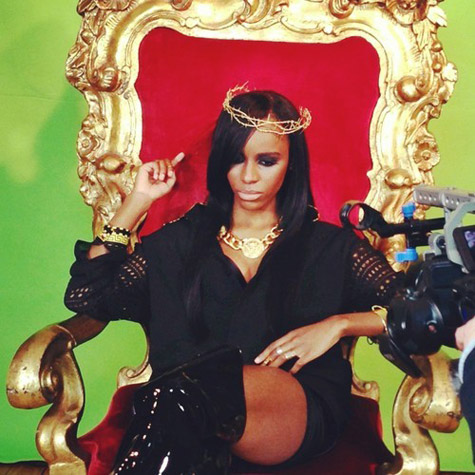 Some can argue that female rap has been budding since the hay days of MC Lyte in the 1980’s but with the subgenres recent explosion in the past couple years; we have seen a wave of popularity. Alas comes 2014, the year female rap will explode once again with big names and strong up-and-comers slated for releases. Pop/Hip Hop crossover queen Nicki Minaj is rumored to be gracing us with another album next year, returning to her mixtape roots die hard fans have been anticipating for years. Rap goddess Azealia Banks has been teasing us with an album release for almost three years, and her debut Broke With Expensive Taste is supposed to finally hit markets in January.

One great underground female MC is finally making an official debut in 2014, Angel Haze. Take my word; this chick is going to change the game completely. With her  raw and exposing bars, Angel brings a realness to the genre that has been lacking since its settlement in pop culture.

In anticipation for her debut, Angel has begun a ’30 Gold’ freestyle series – 30 tracks in 30 days. Beginning with big tracks such as Jay-Z’s ‘Tom Ford” and Kanye’s “Black Skinhead”, she’s slaying and keeping up with the head honchos.

The tracks can be found daily via her Soundcloud: https://soundcloud.com/angelhazeym/

Written by John Dillingham. Tune into Bad Bitch every Tuesday night from 8-10 pm on 90.7fm KJHK>