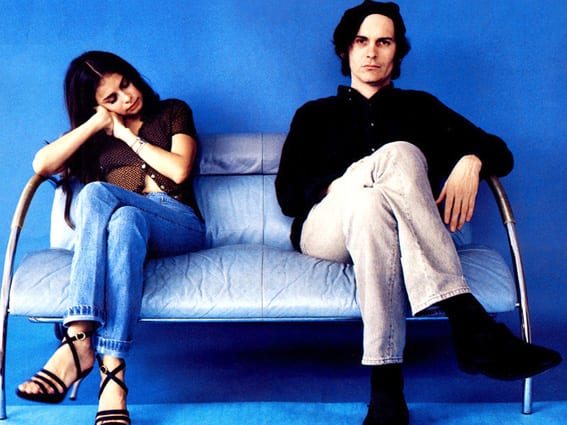 Santa Monica’s Mazzy Star (guitarist David Roback and vocalist Hope Sandoval) rose to prominence in southern California’s 1980s Paisley Underground movement before releasing a string of albums in the mid 1990s for Capitol Records. The band had a handful of moderately successful songs, including the lovely “Fade Into You” before disbanding in 1997. The group has recently reformed, and in September 2013 they released their first album in 17 years titled “Seasons of Your Day.” The album picks right up where the group left off. Casual fans like myself would hardly be able to tell any difference in Sandoval’s voice or in Roback’s compositions.

The album’s standout track is a slow ballad called “In the Kingdom” which evokes the lilting, midtempo pace of “Fade Into You.” Roback’s understated guitar really shines on this song. His bent notes and subtle country fills never get in the way of the song, and the slide guitar imitates a pedal steel, giving the song a folky quality that has always been an undercurrent in Mazzy Star’s music. Sandoval’s vocals give off a slight twang, and her voice sounds a bit more weathered and mature than it did 17 years earlier. She seems to have spent some time listening to Loretta Lynn and Dolly Parton, as her vocals give ever-so-subtle nods to both of those artists. It’s a great dreamy, kinda-folk song that is sure to make a lot of “Best of 2013” lists.

Written by Vince Meserko. Tune into Hickory Wind every Monday night from 8-10pm on 90.7fm KJHK.