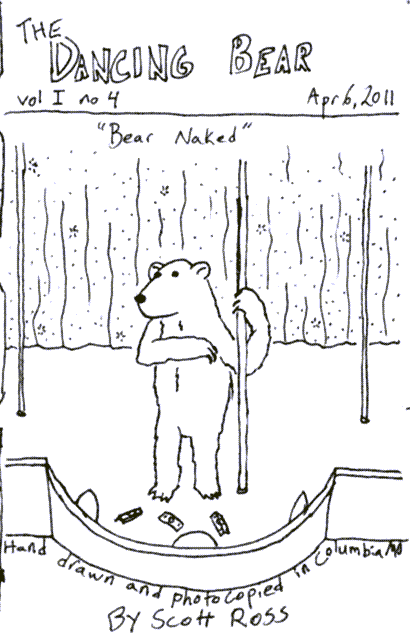 Our Spring Semester debut presents a Dr. Who cult, Dangerpus Industries, the Three Stooges in a nuclear silo, and of course: The Adventures of the USS Carpathia in Outer Space!

“I wasn’t thrilled about the proposal to make a radio series about the Carpathia. I thought, ‘Great. Another show exploiting some distorted notion of patriotism to glorify narratives of conquest and cultural domination.’ Then I realized that basically the only people who listen are my grandmother and her friends. So if this latest cynical play on the public’s simplistic worldview has one thing going for it, I guess it would be its complete irrelevance to any significant aspect of popular culture. Keep it up.”

Download this episode for your listening convenience, or scroll down for individual sketches. 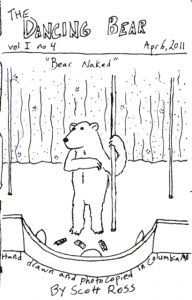 Note: Due to technical difficulties with our archive system, the sketches “Nuclear Stooges” and “Khaled Sheikh Mohammed Presents Sochi Winter Olympics” can currently only be heard in the full episode.

A forty year-old British science fiction show that has its origins in laughably low-budget effects and ridiculous storylines, yet commands a near-religious devotion amongst its fans? Could this baffling phenomenon be explained by something sinister, perhaps even…. demonic? (Justin Wilson)

Dangerpus Industries is Coming to Town!

Entertainment personality Peter Carson explains the implications of the new Dangerpus Industries Inc. facility opening in your neighborhood. Recently discovered in the Dangerpus Industries media vault buried six-hundred feet below an active volcano in Latvia. Pay no attention to the strange lights in the sky. (Scott Ross)

The Adventures of the USS Carpathia in Outer Space, Episode 5: “When a Man Loves a Female Member of Plant-like Alien Species” or “The Best Laid Plans of Mice and Menelaeans”

The crew enjoys a layover on an orbiting casino, until a rowdy gang of Menelaeans burst in ruining everyone’s fun. Derby’s life is on the line when he finds out Ollie has eloped with the Menelaean Captain’s daughter. Meanwhile, Faye helps Korgath explore the human phenomenon of gambling.

Derby and Pelanixor team up to stop a wedding, as Ollie and Gleek’ta enjoy a romantic night taking in the sights of Tallinor Prime. The rival captains soon discover they have more in common than they ever imagined – with a little help from Peter Gabriel. (Scott Ross, Justin Wilson, Phil Garland)

Written by Scott Ross. Tune into the Dancing Bear Variety Hour the third Thursday of every month at 7pm on KJHK 90.7fm.