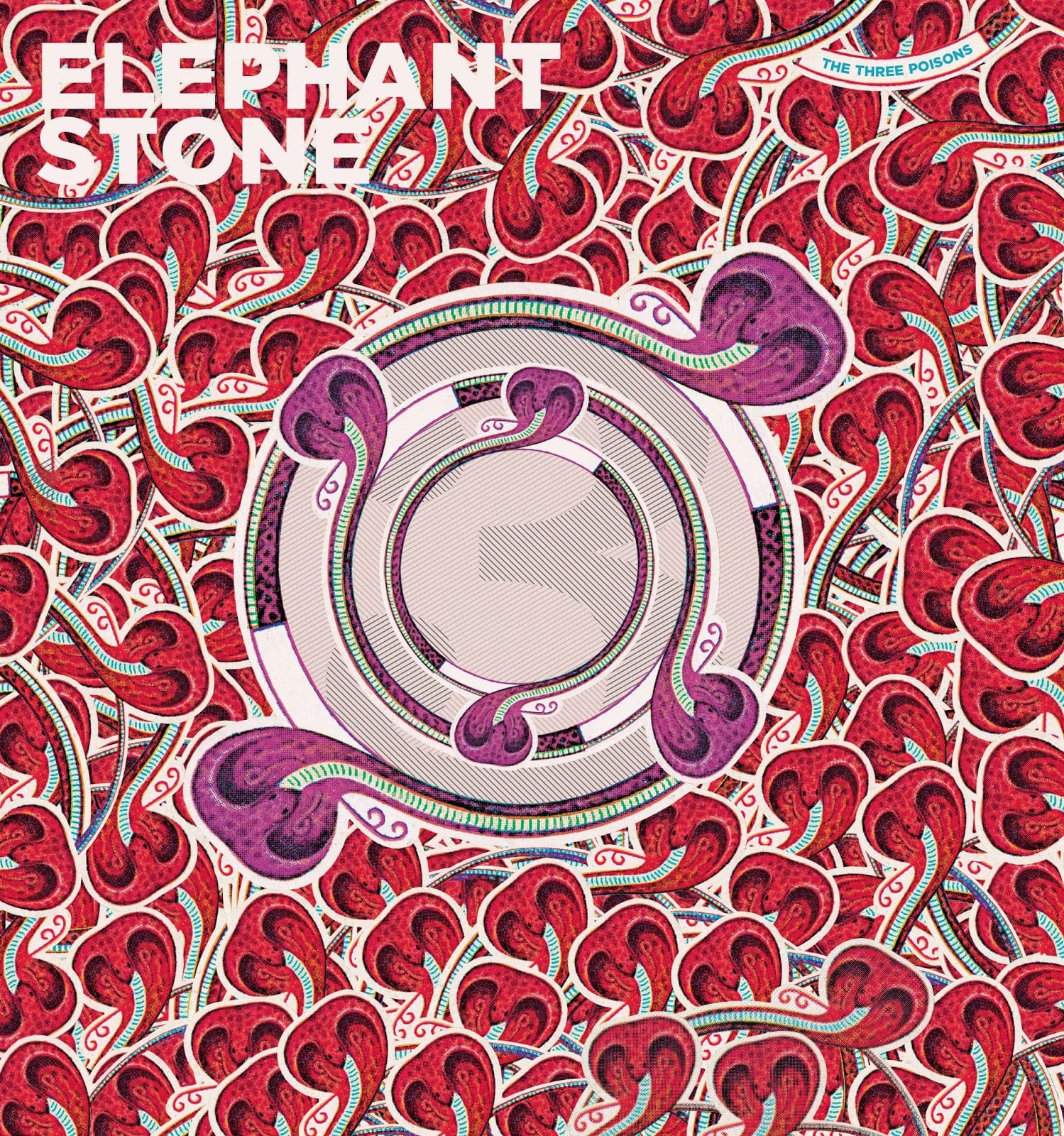 Recommended for listeners who like to be gently submersed into psychedelic sounds.

Montreal psychedelic indie rock outfit Elephant Stone releases its junior album as a follow up to its self-titled release in 2013. This time around they brought to the table a plethora of indie rock styles as well as psychedelic and Indian riffs and melodies provided by non-traditional instruments including the sitar. While the band’s past releases followed a less unique structure, Three Poisons has been mastered and touched up into a more solid Indie rock sound that honestly sounds something very similar to a record put out by artists such as The Smiths or Death Cab for Cutie (vocally much more than instrumentally). Generally speaking each song is relatively upbeat in manor as well as tempo. The album holds many vibrant, rich, and relaxed melodies with various and underlying tranquil riffs. Even borrowing from traditional Indian culture and sound, Three Poisons offers a diverse musical experience to fans of the indie rock scene.

The album opens with a driven neo-psychedelic sitar riff with the track “Motherless Child.” This track offers a very upbeat and positive sound and picks up the tempo to a more driving one later in the song. “Knock You From Your Mountain”, the album’s second feature, follows up with the upbeat style found in the previous track but adds a more lax and casual attitude with the help of a persisting bass line that carries the song to its end. In my humble opinion, the album’s third track is a great representation of the unique sound that Elephant Stone has to offer. The psychedelic influence is prevalent and heavy on this track. “All is Burning” has the usual upbeat indie rock vibe to it but where it really stands out on the album is during the chorus in which a very relaxed and mature sound is given to listeners. I would even go as far to say that this track dabbles into a chill-wave sound with its heavy use of echoes on various vocal tracks and instruments throughout the song.

There is little out the ordinary offered in the next tracks. “Worlds Begin and End With You,” “Wayward Son,” and “Intermediate State” are far from generic but have a seemingly monotonous notion that this album seems to follow with its faded guitar and vocals, upbeat drums, and fluid bass lines. Picking back up with “Child of Nature” it is very evident to once again see the neo-psychedelic stance that Elephant Stone portrays to its listeners–sitars and flowing keys and all. “Living for Something,” the albums next feature slows in with mellow keyboard riffs and striking, paced drums. Continuing on with a very mellow and a somewhat experimental rock sound, the album title track “Three Poisons” advances a seamless and deep psychedelic sound packed with a driving drum beat and bass line as well as layered guitars and keyboards. Perhaps my favorite track on the album, “Echo and The Machine,” follows a more alternative beat interlinked with all the various instruments and styles mentioned and performed on other tracks. The final track, “Between The Lines,” provides a soft and sweet release to the album and the sound Elephant Stone was trying for. The vocals on this song are very prevalent and melodic and compliment a very soft intro followed by a very passionate, psychedelic groove that carries out the song.

All in all, Three Poisons is a solid release for indie rock fans and fans of previous Elephant Stone releases. The sound definitely carries a neo-psychedelic tone with it, but honestly only dabbles into a perfected, vintage psychedelic rock noise. I would recommend this album for not only lovers of indie rock, but also listeners who would like to be gently submersed into the psychedelic sound.

Recommended if you like The Black Angels, Death Cab For Cutie, and The Smiths.

Recommended Tracks: “All Is Burning,” “Child of Nature,” “Echo & the Machine,” and “Between the Lines”

Reviewed by Josh Bigbee on September 4, 2014