MVE has some new grime and eco jams for you!

Shriekin – Gold and Featherwork (Local Action): The latest release from the quietly important Local Action, Gold and Featherwork expands on the instrumental grime revival that’s been taking place throughout the UK. Shriekin is a new name in the scene, but he makes his presence felt immediately with the first track “Cat’s Eyes,” an ethereal tune with a deceptively deep bass line. “Snowy Island Breaks” hits with twinkly synths over a catchy breakbeat. Shriekin also takes the listener into an underwater world of cascading harps and bubbly drums with “Steel Ships.” Ultimately, this EP feels like it picks up where Slackk’s Palm Tree Fire left off and I’m looking forward to hearing what Shriekin has in store in the future. 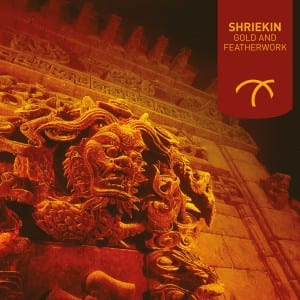 CYPHR – Ekleipsis (Her Records): Her Records is another label that is up-and-coming in the instrumental grime scene and Ekleipsis is their latest release. CYPHR has been about for a minute now, releasing tracks and remixes on Her compilations and standalone releases. This latest EP is a continuation of his previous work with a heavy emphasis on smart drum programming and spacious, atmospheric tones that give the tracks room to breathe. “Sun” is a perfect example of CYPHR’s musical philosophy with low-humming brass-y bass that meanders in and out of the track while hand claps and snaps serve as the percussion at times. The eponymous track (which is Ancient Greek for ‘a forsaking’) is foreboding with industrial drums driving the beat while a sparse, glassy xylophone sample sounds like a distant siren beckoning for passing sailors to run aground in pursuit. If you like Rabit’s or Logos’ work, this release is for you. 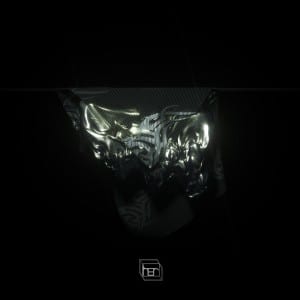 ECO VIRTUAL – ATMOSPHERES 第3 (Self Released): This is the third release from the enigmatic ECO VIRTUAL, an artist who describes their work as “Advanced Climate Research & Analysis Music.” ATMOSPHERES 第3 does not feel as much like The Weather Channel muzak as the first two albums, but it still occupies a space within the ad hoc “Eco Jam” genre that I have started using. A couple tracks on this release might be considered Pure Moods-core, as they are very up front in their sampling of the iconic 1990s new age releases. However, more interesting is the aping of Chuck Person’s (aka Oneohtrix Point Never aka Daniel Lopatin) Eccojams Vol. 1 production aesthetic. Heavily distorted and washed out vocals lend a mysterious and abject tone to music which sounds like we’ve heard it before but we cannot place from where exactly. If you’re into vaporwave or contemporary experimental music, this is definitely worth a listen.

As usual, I’ve recorded a mix to give you a sense of what the show’s about if you’ve never listened. This month is a mostly classic house mix, so think of it as a history lesson!

The Rinse Out October Mix by Mike Van Esler on Mixcloud