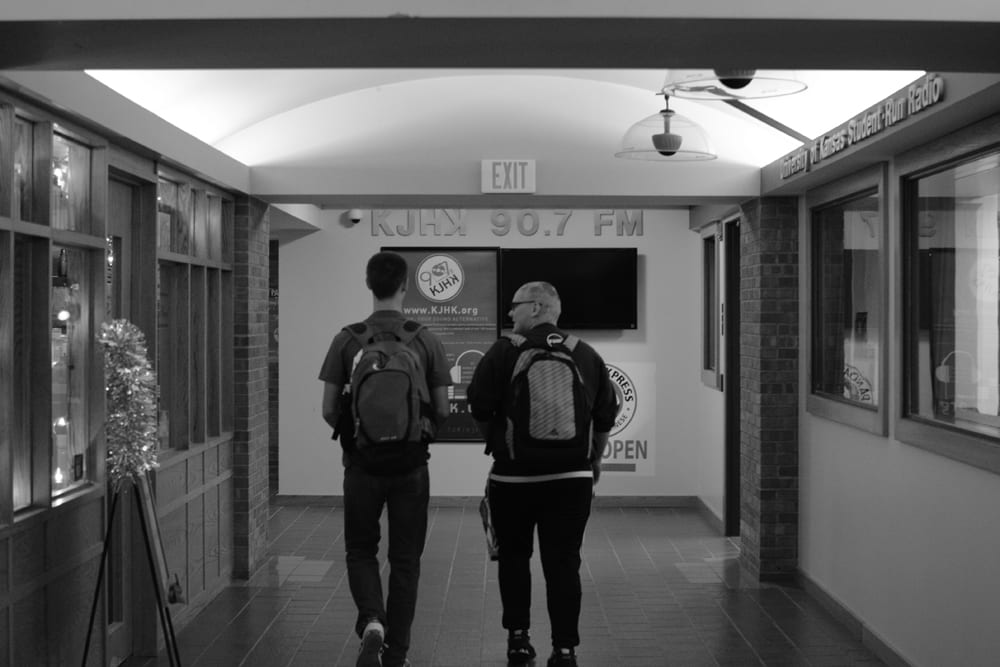 It was October 15, 1975, and after weeks of delays and preparation it was time for KU to do something it had never done before. On that day, with all the kinks worked out and final approval from the FCC, KJHK 90.7 FM was born and made its first broadcast. Since then the station has continued to broadcast all around the Lawrence area and can be heard anywhere in the world thanks to its online streaming features. Even as I speak, KJHK is ranked #15 in a list of top college radio stations in the nation, according to the Princeton Review. In the past few decades the station has run strong, and thanks to a partnership that was established in recent years with KU’s SUA (Student Union Activities), the station has gained a larger budget and more resources to achieve their ambitions: their ambitions being free, vast, and diverse music for all ears.

Let me introduce you more casually; regardless of who you are and what your taste is, if you live in Lawrence, KS then you will or have already tuned in to the student-run station. The station ranges from every genre imaginable: from Country and Americana, from Reggae to Rap. Even metalheads have something to look forward to, thanks to the program “Malicious Intent.” Of course it goes without saying that local music is played, but in addition to that they have live performances from locals who play right out of a studio, through the mics, and to your ears. I myself personally favor the “Jookhouse,” a program that broadcasts soul and blues music. Every hour, to two hours, music is segmented into “blocks” with their own personal DJs and their own personal vibe. I would go so far to say the music was an organized chaos of flavor and excitement, and it makes a listener wish they could drive a little farther, work a little longer, or maybe stay up a little later just to catch the next, new thing. — Words and Photos by John Adair