The Rinse Out December Round Up

Take a tour of recent grime and techno releases!

Kid D – Rhythm & Grime (No Hats No Hoods): Kid D has been about in the grime scene for a long time. However, he’s been quiet the past several years. Until now. The London producer has loudly announced his return with this No Hats No Hoods release. Part of the eponymously titled rhythm n grime revival, this EP hits all the right notes of the mid-2000s sub-cycle of softer grime. Ghetto Queen starts the EP out right with stuttering chipmunk female vocals with cascading chimes punctuated by crashing cymbals. Summer Days hits a bit harder with machine-gun kick drums driving the riddim which is augmented by synths that sound straight off of a Joker release. The stand out track for me, though, is Don’t Forget which mixes chopped up male and female vocals with glassy synths to create just the right amount of sharp edged grime to accompany the softer R&B elements. 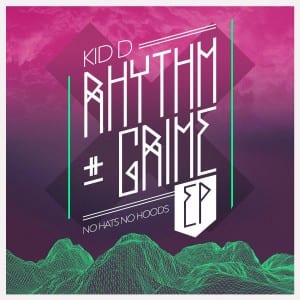 Murlo – Into Mist (Rinse): This EP is definitely in my top 10 favorite releases of 2014. Murlo has a distinct aesthetic that is marked in the airy woodwind bass tones that he uses. I would go so far as to say that almost all of his releases feel incredibly organic, as if you were in a primordial environment untouched by humans. For example, the titular track conjures in my mind images of a pristine, abandoned Atlantis partially submerged. At the same time, however, his unified aesthetic is one that feels decidedly plastic. By that I am referencing the hyperreal images created by digital imaging programs. Indeed, most of the cover work for his releases convey the same sense of plasticity. It is really quite interesting. All four tracks on this release come highly recommended. 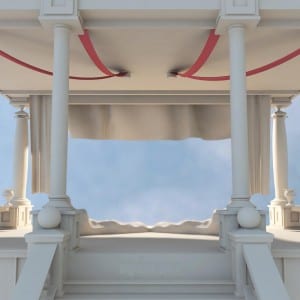 Paleman – Beezeldub (81): Swamp81 team member Paleman has released one of the top singles of the year with his incorrectly titled (?) play on words Beezeldub. But we won’t hold that against him because the title track absolutely smashes it. Released on Swamp81’s sublabel 81, it begins with a slow buildup of horns that can only be called gorgon-esque (to invoke reggae and dub culture). The payoff is just as great—deep bass that sound almost as if they are meant to be a mix between synths and woodwinds. And those great horns return throughout to keep the badman vibes going. The b-side is a solid techno tune that goes for a more spooky tip. It was always going to be overshadowed by the big, bad a-side, however. A must listen.