Jam City – Dream A Garden (Night Slugs): Y’all know I love Night Slugs.  Y’all know I love Jam City.  With that said, it’s time to talk about the artist and label’s new album Dream A Garden.  I’m conflicted with it.  On the one hand, I think there are a lot of really interesting things going on with the washed out and modulated sounds.  On the other hand, if you told me this was the new Twin Shadow album I would probably have believed you.  Herein lies the rub: there are flashes of brilliance, such as industrial-cum-new wave sounds of “A Walk Down Chapel,” but there are also onanistic indulgences throughout (most obviously with Jam City’s passable singing).  This is definitely not an album that is meant for the club—which is sort of concerning to me.  Based on their pedigree, I’m willing to give Night Slugs and Jam City a pass for this, assuming they don’t try to continue evolving their sound in this Pitchfork-approved direction. 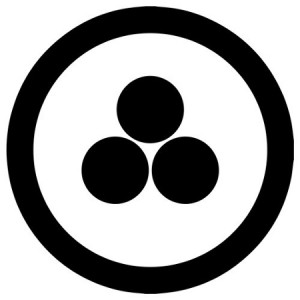 Various Artists – Peace Edits Vol. 1 (Gobstopper): I’ve talked about Mr. Mitch’s “peace edit” movement before, so some of you may be familiar with some of these tracks already.  For those of you who are unaware, peace edits are basically a response to the war dub phenomenon in grime which features producers taking each others’ tracks and remixing them to show how superior they are.  Peace edits follow a similar formula, however they dip outside the world of grime to remix basically any track; they are also much more atmospheric and have lower BPM than most grime which is 140 BPM.  This first release from Mr. Mitch’s Gobstopper Records is a bold statement with tracks from Mr. Mitch (Dru), Strict Face (Alice), Silk Road Assassins (T), and Loom (Kate) all breathing new life and energy into their source tracks.  The fun part is picking out which songs are being reworked and perhaps the most intriguing is Loom’s remix of Kate Bush’s “Running Up That Hill.”  Personally, I prefer Silk Road Assassins’ edit of T-Pain’s – Sprung.  If you are at all interested in the new directions grime is taking, checking this out on Soundcloud or YouTube is your best bet (the record is sold out and there are no re-pressings planned). 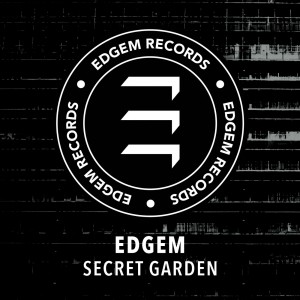 Edgem – Secret Garden (Edgem Records): An audacious first EP from the grime trio Edgem (JT The Goon, Boylan, and Dullah Beats) and the first release on their new record label.  Following in the footsteps of recent Local Action and Oil Gang Records releases, Secret Garden seems to herald the arrival of the new wave of grime sounds—far more interested in instrumentals that can stand on their own than with getting an MC to spit bars over them.  This isn’t a bad thing nor does it mean that MCs aren’t allowed.  However, just listening to the eponymous track’s bombastic intro filled with chirping birds, orchestral swells, and gun cocks is enough to get the gun fingers out without the aid of an MC.  I know for myself, letting the intro to this track ride while I mix out of a previous track builds the anticipation in a way that few songs have done lately.  The last track on the EP (“The Anthem”) also brings the weight.  JT The Goon also has a new EP coming out on Slackk’s Sulk Records in early May if this type of grime intrigues you, so keep your eyes peeled.

As always, I’ve included a mix I recorded for you to sample what types of tunes are played on the show!  This month we’ve got mostly house and tech-house: https://www.mixcloud.com/mike-van-esler/the-rinse-out-april-2015-mix/ .