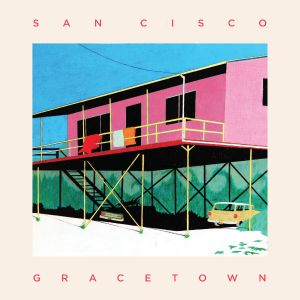 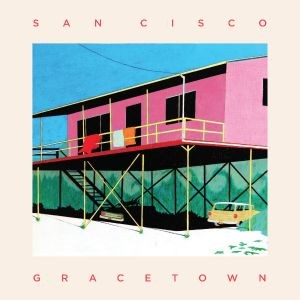 San Cisco is an indie-pop band from down under in Western Australia. The four piece formed in 2009 and has been blazing the Australian charts (and the rest of the world’s charts) ever since.

“Gracetown” is only their 2nd studio album, though they’ve released a few EPs and singles since forming. The album debuted at #2 in the Australian charts and it’s certainly capable of performing just as well over here. The album itself seems to center around the aspect of relationships and love and the complexities and hypocriticalness of it all (which is something I think we can all attest to).

“Run” opens up the album and talks about just that with the singer talking about giving his heart to a girl but then wishing he had never met her. But this isn’t a slow, sad break up song, it’s rather an upbeat song with a catchy vocalmentration (a combination of vocalization and instrumentation that I use to describe noises/panting that the singer does that isn’t singing but still just as catchy and fun to do along with him). The song then transitions into “Too Much Time Together” which is travels the entire relationship line from the honeymoon phase of love at first site and spending all your time together to the point where you don’t even want to be around the person.