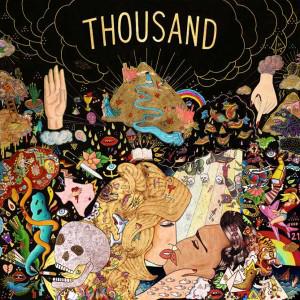 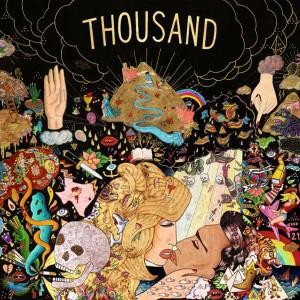 Thousand has tapped into a dreamy pop folk goldmine and melded their finds with grainy, sultry vocals to create what I love/hate to dub a perfect summer album. It’s disappointing, though, that many of the tracks (5 out of 12) won’t get to hit our airwaves because of FCC violations. Regardless! There’s enough gooey goodness within the clean tracks.

These guys barely exist on the www, so if obscurity floats your musical boat then this is it. They’re a 4 piece group signed to Talitres, a French label that “houses an eccentric roster of wordly indie musicians”, and released some of The National’s earlier work. None of the artists signed to them rung a bell, but there could be some good stuff there if you want to go fishing for indie shiz.

Definitely forming their own musical molds, Thousand bases their tracks around intricate electric guitar melodies, spacey synth, intimate vocals, and twisted, intriguing lyrics.This album feels like jumping into a swimming pool whilst being drunk at 2 pm in the middle of the summer. If you like the clean tracks, I highly, highly recommend listening to the entire album. There is a cohesive dreamy pop folk sound within this album but there are unexpected soiree’s into darkness.

If you listen to anything on this album, listen to Track 1, The Flying Pyramid. It’s catchy as hell, and a perfect summer single.