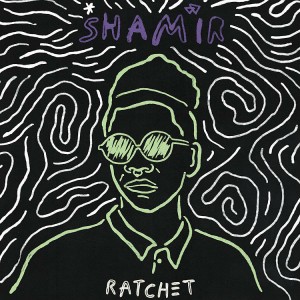 Ratchet is the debut album of Las Vegas native Shamir Bailey. With a somewhat androgynous voice, Shamir is probably the most unique vocalist right now, which is part of what makes Ratchet so unique in this very modern blend of disco & house.
At first glance, most tracks seem like your standard dance-pop fair, until one delves into the lyrics. Ratchet is to some extent Shamir’s account of growing up in Las Vegas. The premier track, titled ‘Las Vegas’, tells us that the ‘city of sin’ may not be as accepting of certain behaviors as one might think given its reputation. My personal favorite, ‘On a Regular’ tells the story of how Shamir got involved in music in a very confrontational way.
The other shining star on this album is the production. None of the synths sound out of place, they make the perfect partner to Shamir’s distinct vocals.
Barring FCC violations, there’s nothing on Ratchet unworthy of radio play. Enjoy.