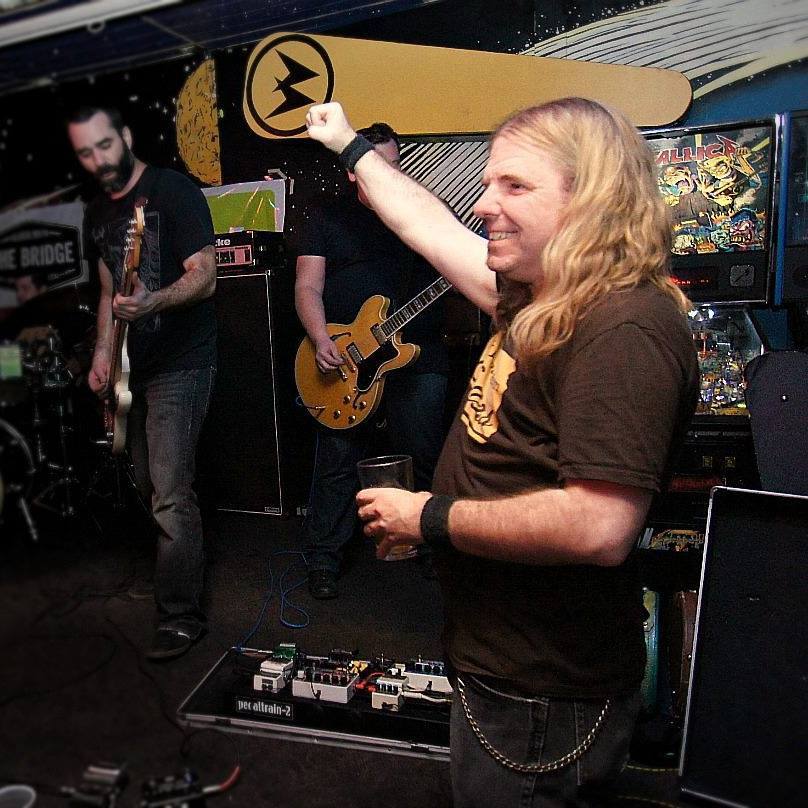 Quinton Cheney·July 9, 2015
Featured On KJHKMusicMusic Interviews
Lawrence Field Day Fest 2015 may be over and done, but we’ve got one last little slice of LFDF-related content for you. Back on June 6th, Field Day Fest organizer and drummer extraordinaire Jason Meier stopped by the studio to chat. We talked about the history of Field Day Fest and how it’s grown, from a spark of an idea in Cameron Hawk’s head to a two-day-long party at The Bottleneck to three days of music spread across four of Lawrence’s favorite music venues.
In the second half of the interview Jason introduces us to The People’s Punk Band, a high-energy outfit out of Emporia, Kansas that he recently started drumming for. We debut a track that they wrote and recorded for the Dirty Kansa 200 (an off-road bicycle race held annually in Emporia) and then played a few more songs before re-opening our discussion about Field Day Fest.
Can No Cave get any weirder? Will The Noise FM ever move back to Lawrence? Has Kliph Scurlock’s drumming taken Psychic Heat to the proverbial next level? The answers to these questions, plus a nod to some of the lesser-known bands gracing this year’s lineup, awaits. Keep it locked!

“Dreamscape” by Captiva off the album Basement Creations
“Ugly Girls In Pretty Shoes” by Westerners off the Westerners EP
“Tiny Heart Attack” by Bruiser Queen off the album Sweet Static
Part 2:
Tracklist:
“Big Grin” by The People’s Punk Band (currently unreleased)
“Hot Rails” by Federation of Horsepower off the album Lead Pipe Lullabies
“The Greatest Show On Earth” by Not A Planet off the album The Few, The Proud, The Strange
“Ambiance” by Psychic Heat off the Lighter and Brighter EP