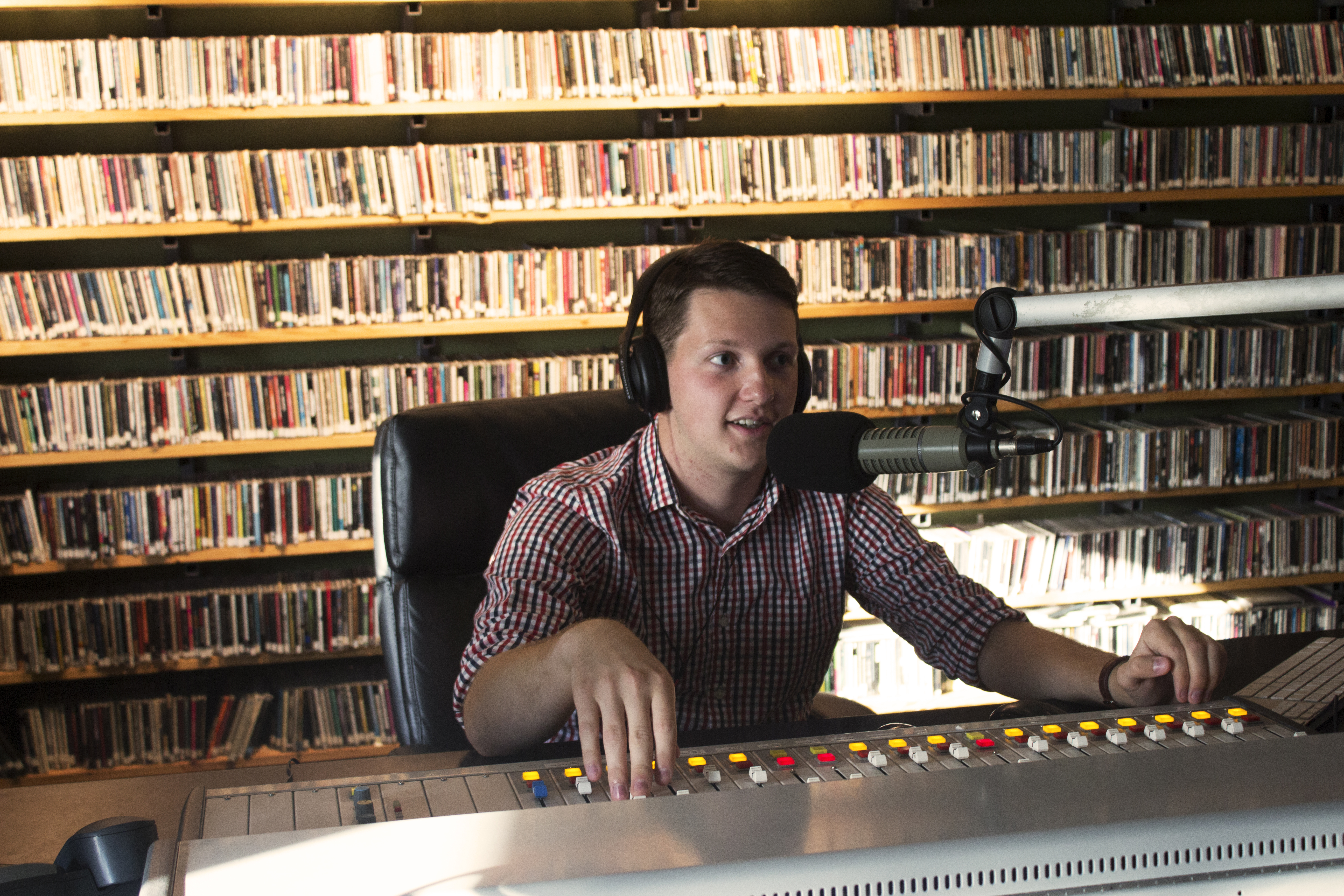 Off The Mic: Sam Davis 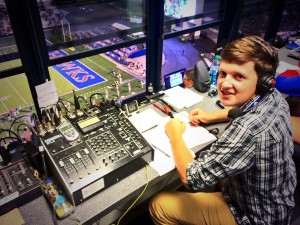 Ethan Graham: First question is what’s your favorite color and why?
Sam Davis: My favorite color would have to be navy blue, I like all shades of blue but I’d have to narrow it down to navy. I grew up at a lake and that’s the color the water is when the sun sets and you can relax. 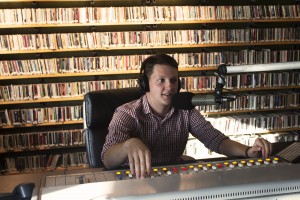 EG: That is a good reason to like navy blue. So next question would have to be what is your quest?
SD: I have many quests, I’m not going after a ring or anything like that but I want to inspire others and try to leave every life that I’ve touched a bit better. I ultimately would like to go into broadcasting and be that voice that makes you think or laugh on occasion. Not the voice that tells you what to think but the voice that tells you what to think about.

EG: My next question is about music. When did you first figure out what you liked in music?
SD: I was never really into music, I played an instrument though. I played the trombone, the most romantic of all the instruments, from 5th grade until my senior year of high school and there was a time that I thought I might want to do that for the rest of my life and even teach music. But as far as the music I actually listen to, whenever I rode around with my dad as a kid I was never allowed to change the station. If I did, he’d promptly change it back to classic country. But now when I drive around I have a Jim Croce cassette tape and Johnny Cash ready to go. That’s the music that I listen to and that’s my backing track.

EG: That’s not a bad backing track, Let’s move on to an album that has an emotional connection to you or a memory.
SD: My favorite musician would have to be John Mayer. I saw John on his “Born and Raised” tour after I graduated high school and right before starting college, so I can listen to that album and go back to that time. Dudes with guitars is usually the music I like: Jim Croce, John Mayer, James Taylor, B.B. King.

EG: Great, Why don’t we move right on into sports, as a general sports question, what got you into sports?
SD: Growing up I had great parents, but when I was younger I wasn’t allowed to watch a

lot of television. I watched mostly Disney movies but I also watched a lot of news and sports. Now I want to go into broadcasting so that might be the initial reason, the desire to consume media. I started watching Peyton Manning when I was a kid and now his career is coming to an end just as mine is beginning. My dream would be to a call a game with Peyton Manning as my color commentator.

EG: A lot of retired athletes do seem to go into broadcasting and calling games. What is your favorite sport? To watch or play?
SD: Definitely basketball, but my first favorite was football. My favorite sport has to be basketball and I’m in a great place for that. It all started with college basketball, but the season would end and it wasn’t enough, so I discovered the NBA pretty quickly.

EG: Great, now to the question that was given to me. How has wrestling changed your life?
SD: So my roommate has many interests and they’re always changing. When he started to get into professional wrestling I laughed as many non-wrestling fans would but he kept on insisting that I watch it. He had me sit down and watch one of the larger events, Summerslam 2015. It just went viral with me. It’s a TV show about a sports TV show. It wasn’t an immediate click for me. It was, “Hey, I’ll watch Raw tomorrow, or Hey, I’ll read an article.” I totally see where people come from and understand the way they react but once you’re on the inside it’s a pretty fun party. It’s still so new to me. I’m only a month in but I haven’t missed a single event. 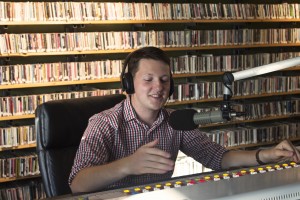 EG: So last question for reals, who’s your favorite superhero and why?
SD: Superman. He’s from Kansas and he can do anything. He’s got that whole color scheme that I like. He’s from another planet. I was never into the whole comics thing until pop culture became immersed in it, but there are some people who don’t like Superman.

EG: Oh yeah, there are many out there who just think he’s too powerful.
SD: Lot’s of people think that makes him boring but no matter how strong you are or prepared you are, you still have problems no matter how super you may be.

EG: I read a version of his origin where he’s a freelance journalist, instead of just a reporter for the Daily Planet. He is just traveling the world writing stories where he can.
SD: Yeah, he’s a journalist. Maybe that’s another reason I like him.