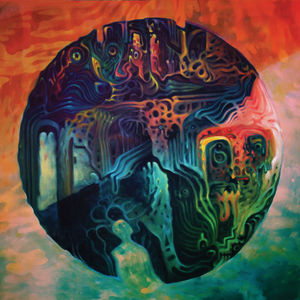 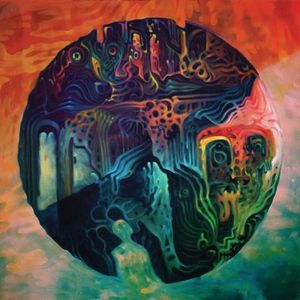 Tiny Pause is a long-awaited album that synergistically employs the unearthly repetition of Swans (“Lunacy” in particular), the soft and varied instrumentals in Passion Pit’s early work, and the liquidity of the Verve. Yppah’s fourth album Tiny Pause gives a solid effort at doing all of the above.

First and foremost, Tiny Pause is intended to bombard listeners with as much joy and weightlessness as they can handle. In the interest of achieving this, Joe Corrales, as Yppah, frequently substitutes his previously subtle wobbling low-ends with pronounced bass lines. Corrales, whose electronic music has always felt naturalistic, uses more tangible instruments on Tiny Pause, making his pursuit of sonic joy much more successful. It’s difficult to connect with something that feels robotic and synthetic (I’m talking to you, Siri). Using his instrumental talents more prominently, despite overwhelmingly maintaining his electronic aesthetic, grounds listeners in a scenic environmental landscape, rather than the programmed environment of his previous work.

“Separate Ways Forever” draws most heavily from Corrales’ hip-hop inspired work. The soundscape Corrales pieces together with fascinatingly innocent sounding Building Blocks is underscored by a beat that sounds like someone’s laying a beat for the migration of Monarchs. This inherent chasm between natural and electronic sounds belies Tiny Pause’s primary flaw: while the symbiosis between nature and man is fascinating musical territory (Janelle Monae’s album Archandroid, for instance, explores Corrales’ theme and much more with great success), Corrales’ theme is far too dense. Sure, the album drifts through the speakers like the breezy fart of an infant, but Corrales’ exposition on the topic just isn’t all that interesting, and it can over-saturate the album. Take the backmasked baby mumble on “Neighborhoods” that feels wholly unnecessary and kind of uncomfortable, dampening the whole “uplifting and joyful” thing.

While it’s far from the most uplifting track on the album, “Bushmills” provides continuity. It’s either reminiscent of the Verve or a track used by British Petroleum for a commercial that re-brands the company as philanthropic—either way, at least it feels focused. Corrales never approaches Deastro’s level of unreserved sonic hemorrhaging, but Tiny Pause is at its best when the many moving parts are working more harmoniously, like in “Occasional Magic.”

The album’s last track, “Coastal Cities,” is fittingly frenetic. Cities are vibrantly pulsing hives of humanity, and the urban electricity in the track is dramatically different from the otherwise relatively organic album. The percussion on “Coastal Cities” feels relentless like Animals As Leaders’ album Weightless  rather than the drifting weightlessness Corrales echoes throughout Tiny Pause. Employing the familiar reverberating guitars of “Little Dreamer” and its rehearsed but (relatively) accessible drum patterns are clearly where Corrales excels.

Recommended If You Like: The Verve, Four Tet, Mono