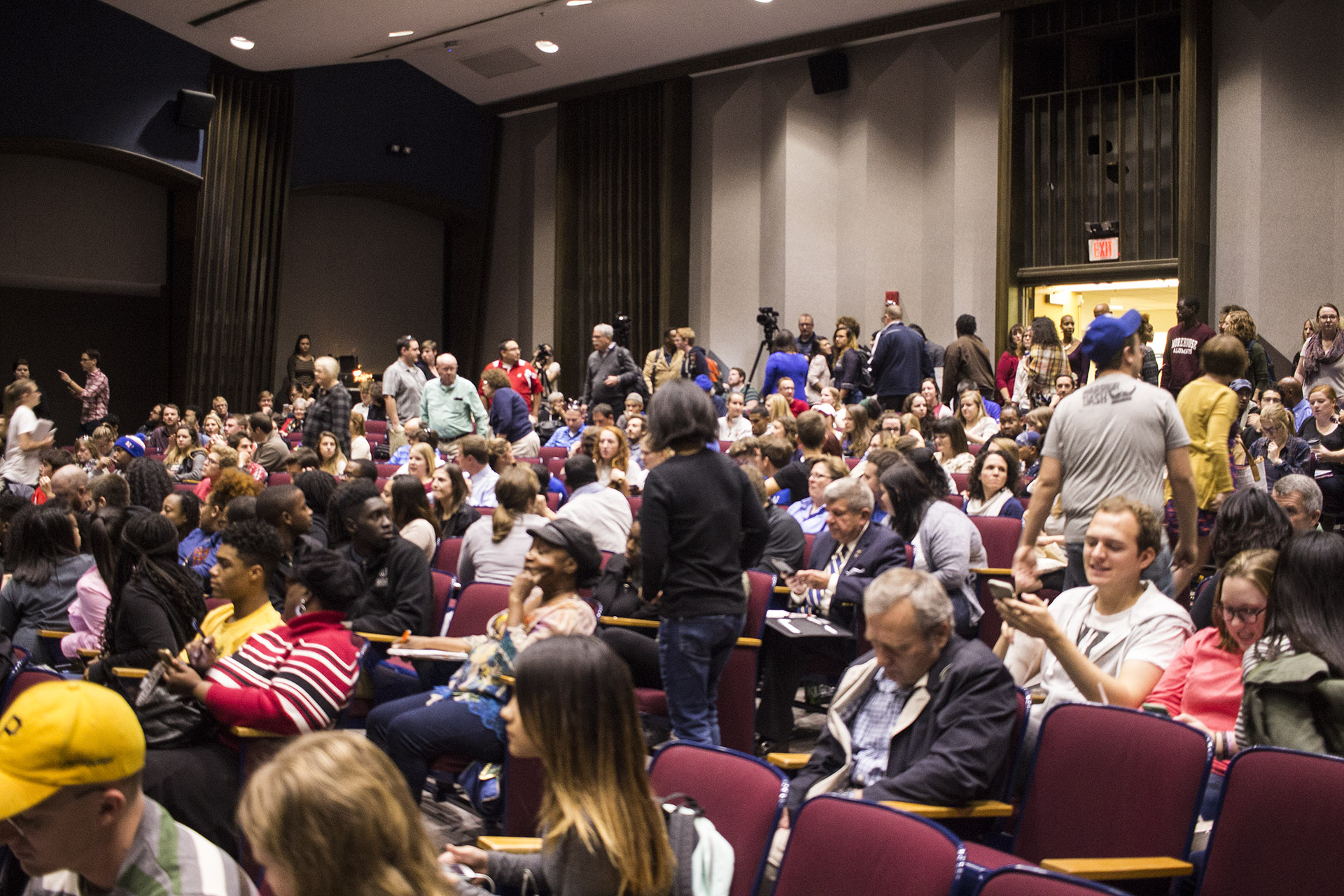 On Wednesday, November 11, at 4:00 p.m., KU’s Chancellor, Bernadette Gray-Little moderated a town hall meeting that centered around the topic of race. Originally, the event organizers scheduled the meeting to take place in the Big 12 Room in the Kansas Union. However, due to the number of students, faculty, staff and community members interested in attending, the location had to change to the Woodruff Auditorium.

Nevertheless, they opened an overflow room in the Big 12 Room to accommodate the overwhelming number of audience members.

During the meeting that lasted nearly two and a half hours, various students, administrators and student groups expressed their opinions on this critical topic. Although each person told his/her unique story, one theme remained constant throughout them all: change.

Each person who spoke discussed their growing frustration with the lack of action, on both the university and its students. Chancellor Gray-Little assured the audience that she would take every recommendation under consideration while determining the next steps for the university.

KJHK will bring you a more in-depth coverage of the meeting along with further updates about KU’s response to the discussion.

Photos were taken by Katie Werner, an Arts and Culture staff member.