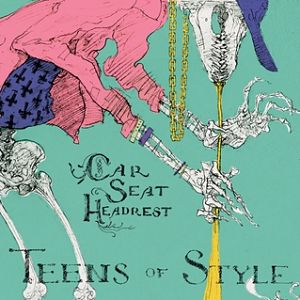 Begun in 2010, in Leesburg, Virginia, Car Seat Headrest has a sound which at times hearkens back to 60’s era psychedelia. Will Toledo is the bands founding member. He has moved across the coast and is now making music in Seattle. Car Seat Headrest  was released with Matador Records, marking it his first step away from self-releasing, and arguably his widest spread album to date.

Surprisingly his incessant use of chorus with the vocals is effective rather than annoying. For the most part this music is obviously about the poetry of the lyrics and the quality of Will Toledo’s voice. But the musicality is often mixed, hopping from pop to indie rock to jazz to influences.

Over all this disk is a great listen with the feel of a mixed episode. It reaches into the dark places and pulls you up. It is a roller coaster of simultaneous depression and mania, and so far my favorite track is the whole disc.

Recommended If You Like: Guided by Vocies, Yo La Tengo, Stephen Malkmus, The Beach Boys (at times)