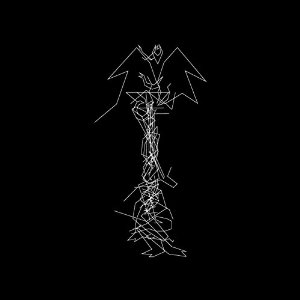 Oneohtrix Point Never, also known as Daniel Lopatin, has long been one of the most creative composers of experimental music. 2013 saw the release of the excellent R+7, an album that marked a sort of musical departure for Lopatin.  Engaging musically with the artistic vicissitudes of postmodernism (what Fredric Jameson aptly described as the cultural logic of late capitalism; or, put another way, the artistic manifestations of the material conditions of capitalism in the Information Age), R+7  was an album that embraced hyperreality with gusto through high definition sonic experimentations that left the listener feeling as if they were walking through the Uncanny Valley of the shadow of death (to paraphrase Coolio).

That was R+7.  This is Garden of Delete.  Listeners expecting a similar experience will be quickly disabused of that notion.  From the very first “Intro” track, Lopatin makes it clear that the disquieting plasticity of R+7 will be present in only trace amounts on this album. “Ezra” is what we might consider the first real track on the album; its momentum stops and starts throughout, but halfway through a screaming rush of harsh synths hits us and sets the tone for the rest of the album.

Next, Lopatin includes a nod to his past with “ECCOJAMC1” (Eccojams Vol. 1 was released under the moniker Chuck Person), although this particular Eccojam failed to live up to the highest high of the aforementioned release (which was “Eccojam A3” in case you were wondering). However, this piece of trivia will be quickly forgotten when the heaviest hitter on the album comes up next—“Sticky Drama.”  An entire review could be written about this track, which draws influence from both noise and breakcore, yet remains utterly listenable.  In fact Lopatin’s potential pop prowess is on full display here as harmony slowly emerges from the harsh dissonance that characterizes much of the song.  This is actually a constant throughout the album; there are usually beautiful melodies worthy of a dystopic orchestra lurking just beneath the surface of most tracks.  Lopatin doesn’t spoonfeed the listener; instead, he rewards those who give the song their full attention.

“Sticky Drama” is also our first taste of what becomes a theme, a sonic chimera of technology and humanity (as an aside, I would highly recommend checking out the music video for “Sticky Drama” which was shot by contemporary artist Jon Rafman).  Garden of Delete often feels like a nightmarish journey through a David Cronenberg film in the 1980s; if R+7 was 3D hyperreality, then Garden of Delete is the organic mutant of technology and flesh. 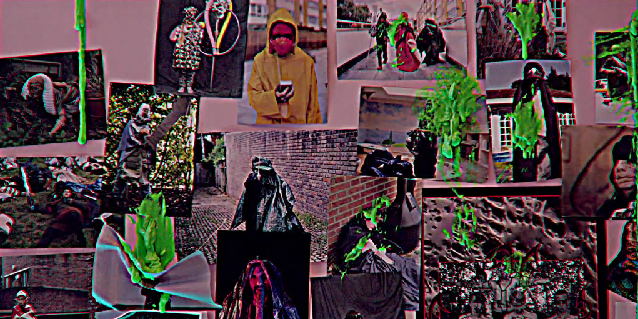 Appropriately, after an interlude of “SDFK,” we are plunged headfirst into the magnum opus of the album, “Mutant Standard.”  I am not well-versed enough in musicology to describe everything that is happening in the track, but suffice it to say that it feels like an exhausting journey through the Atomic Age of technological development; Lopatin rewards listeners who stick through until the end, leaving us with the feeling of being the sole survivor on a spaceship adrift in the infinity of outer space.

Upon first listen, “Ezra” was my favorite track.  However, after repeated listens—and this is the sign of a good album—my preference has shifted several times.  Next it was “Child of Rage” before finally settling on “Sticky Drama.” There are 12 tracks on this album and, with the exception of maybe two, every track can be the favorite of someone.  This is in my top three albums of the year and anyone who considers themselves a musical adventurer must check out Garden of Delete.

Recommended If You Like: James Ferraro, Gora Sou, Beer On The Rug, Hippos In Tanks