Plow The Fields presents: The Philistines

“It’s been an interesting process: we were all kind of transitional when we joined the band, and we’ve all grown, independently, but with each other at the same time.” – Cody Wyoming

“I thought this was just going to a total rebound thing, and then I just started falling in love with the music.” – Steve Gardels 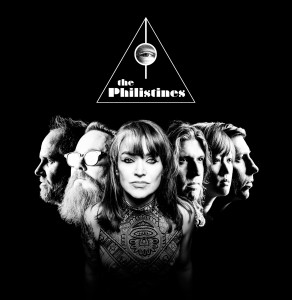 They say it’s better to be lucky than good, but KC psych-rockers The Philistines prove that it’s possible to be both. They’ve had a heck of a year, from making a famous fan or two down at SXSW to signing with local label The Record Machine, and if my chat with Cody and Steve is any indication, they’ve no intention of putting the breaks on this beast.

We spent the better part of an hour talking about the band’s one-of-a-kind practice space in KC’s West Bottoms, recording at Massive Sound with the mad scientist known as Paul Malinowski, the subtle beauty of playing rhythm guitar, and Kansas City’s legacy as a music town. So kick up your feet, grab yourself a refreshing beverage, and get to know these rising stars while you’ve still got a chance to say “I knew them when.”