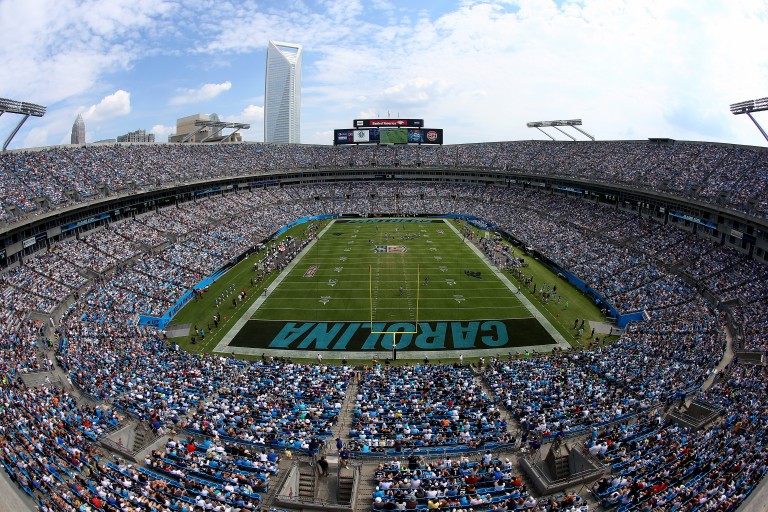 CHARLOTTE, NC - SEPTEMBER 08: A general view of the Seattle Seahawks against the Carolina Panthers during their game at Bank of America Stadium on September 8, 2013 in Charlotte, North Carolina. (Photo by Streeter Lecka/Getty Images)

Week fourteen was highlighted by close games and season injuries to starters. Seven games were decided by a touchdown or less in Week 14. All but one of those games had playoff implications as the season nears its end.

Speaking of playoffs, the Arizona Cardinals, Carolina Panther and New England Patriots, secured their playoff positions. The Cardinals defeated the Vikings 23-20 on Thursday Night Football and have the NFC West in wraps. The Panthers clinched a playoff berth along with a first-round bye destroying the Falcons, 38-0. Carolina has secured the NFC South. The New England Patriots defeated the Houston Texans, 27-6 to clinch a playoff berth and a first place finish in the AFC East for the seventh straight season.

Injuries have destroyed the likes of players such as Peyton Manning of the Broncos, Big Ben and Le’Veon Bell of the Steelers, Andrew Luck of the Colts, Marshawn Lynch, Jimmy Graham and Thomas Rawls of the Seahawks, Colin Kaepernick of the 49ers, Jamaal Charles of the Charles, Justin Tuck of the Raiders, Dion Lewis and Julian Edelman of the Patriots, Cameron Wake of the Dolphins, Joe Flacco and Terrell Suggs of the Ravens, Andy Dalton of the Bengals and Arian Foster of the Texans to name just a select few. Both Rawls and Dalton were injured this week and were ruled out for the season.

One team remains undefeated: The Carolina Panthers at 13-0.