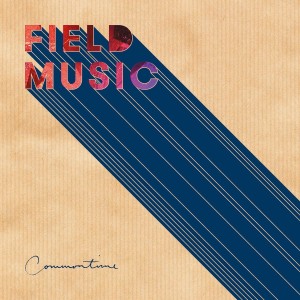 Commontime, the new album from Field Music, is out now through Memphis Industries, is the latest from the prog-pop band from Surrey, England. Brothers, David and Peter Brewis, wrote and composed all of the songs on the album with input from their keyboardist, Andrew Moore.

With a variety of noticeable influences throughout the album, Commontime is largely a throwback to pop music of the ’80s. Songs such as “Disappointed” seem like they could be the long lost offspring of Prince. Other songs on the album, match their ’80s influences with math rock style rhythms that can seem awkward on first listen.

Commontime may be a bit long at 57 minutes but the album actually gains steam as it goes on. The slew of influences and unusual rhythms, like a language, are easier to understand the more you listen to, and by the end of the album it’s hard not to dance around.