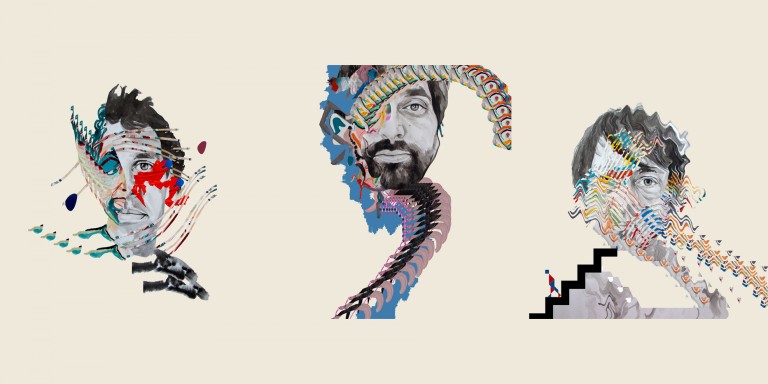 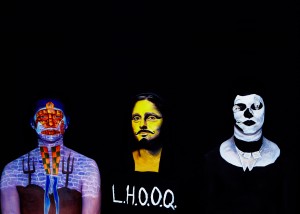 Painting With, Animal Collective’s 10th LP, takes our number one today. What needs to be said about Animal Collective? David Portner, Noah Lennox, and Brian Weitz continue to evolve and devolve inside an entrancing experimental electropop sound. Painting With is missing the touch of member Josh Dibb, also known as Deakin, and contains a lot of sounds that hearken to Lennox’s solo releases as Panda Bear. The singles of the album, “Floridada,” “Lying in the Grass,” and “Golden Gal” are all gorgeous tracks, but the entire album is a trip. The group has a slew of tour dates left in the States and abroad.

Second is an album that has been in and around our top five since the first week it was added: Leave Me Alone, by Madrid group Hinds. This youthful female-fronted group, with support from Mom And Pop and plenty of college radio stations, are finding quite a home in the US for their lovely low-fi debut release. Third on our charts is another album that’s seen a lot of success, both at large and on the KJHK charts, Is The Is Are by DIIV. This release was our number one last week, and I anticipate it sticking around for a hot, hot minute. The maturity that Zachary Cole Smith has found in this album shines through in the songwriting, where he takes a step back and creates new sounds by letting instruments other than his guitar take to the front of the sound, as well as in the thematic content. It’s an album that reads (and sounds) like poetry. 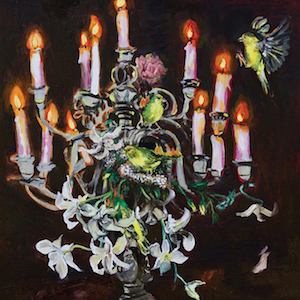 Number four on the chart this week is an album near and dear to the hearts of our little college town. Your Friend’s Gumption is the debut full length release from Lawrence, KS artist Tayrn Miller. Supported by a slew of local musicians to create the soundscape that is Your Friend, Miller loops her voice and guitar around the listener in a almost uncomfortably warm, yet spacey way. This is a gorgeous album that I’m proud to have on our charts. Rounding out the top five is another former number one: Dr. Dog, with their ninth release The Psychedelic Swamp. This release sees the group bringing back some former members and remolding tracks from their never released first attempt at songwriting. While the album may not have stand out after stand out, there are a lot of gems within the tracklisting.

New to our chart this week: Kendrick Lamar with untitled unmastered,  Mass Gothic with Mass Gothic, Eerie Wanda with Hum, Porches with Pool, and Guerilla Toss with Eraser Stargazer.

Our top five adds this week are lovely, check them out!