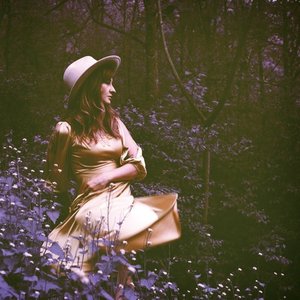 Margo Price’s debut album Midwest Farmer’s Daughter, out now through Third Man Records, is well worth a listen for those who may normally be put off by the country genre. Born in Illinois, Price has worked in Nashville for the past decade becoming a staple of many of the clubs there. Now, with her debut album she shows off her mastery of the genre by maintaining many staples of her domain while still exploring new areas. Price steps up the quality of writing normally expected from a country singer.

Country has always been the genre of the outcast, with songs about failed relationships, problems that can only be solved with alcohol (which then creates more problems), and just being a loser in general. These staples are readily evident in Price’s songs just by looking at some of the titles: “Since You Put Me Down,” “Hurtin’ (On The Bottle),” and “World’s Greatest Loser.”

Price is able to truly set herself apart with her songwriting though. Particularly, “Hurtin’ (On The Bottle)” which touches on many of the themes previously mentioned but also makes use of opposites to draw out the pain that comes from having unrealistic expectations. “Been riding high on low expectations / It’s like singing loud with no one left to hear / I’ve been drinking from the well of inspiration / But it’s all falling on these wasted ears / Been drinking water like it’s whiskey / but that don’t touch the pain you put on me.” While the main idea may be a little played out, Price’s lyrical ability adds to the overall quality of the track; something she accomplishes on many of the songs here that make Midwest Farmer’s Daughter well worth the time.