Entheos: The Infinite Nothing 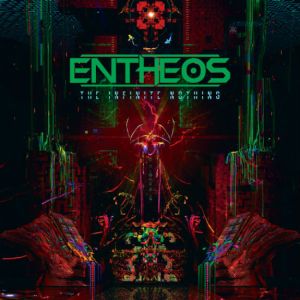 Entheos is something of a supergroup. With ex-members of lauded acts like The Faceless, Animosity, Inferi and Animals as Leaders, it is pretty incredible to even imagine what this band is capable of doing. Considering all of the members’ respective former bands, the sound put on display is not altogether that surprising, but is written in such a unique and nontraditional manner that one cannot help but feel drawn to their particular styling of what is often a demanding and niche genre to listen to.

The Infinite Nothing is a pure display of the musical prowess found in metal, especially when it comes to musicians with a fair bit of experience in their craft. What separates Entheos from the standard formulas found in tech death aren’t so much present in the sound, but in the writing style and in the production. Their female lead vocalist is so abrasive and unrelenting you’d think she had been in four other bands herself, but remains the only member in this group with little to no recorded history in the metal scene before this time. Clearly, this does not affect the delivery at all, as she stacks right up with the instrumental talent surrounding her.

Guitarist Malcolm Pugh, bassist Evan Brewer, and drummer Navene Koperweis all write so meticulously and in sync with one another that the overall composition of each track sounds oddly unified despite maintaining a dedication to unpredictable tempo changes and sporadic electronic interludes. While the whole of the record doesn’t sound groundbreaking, it does create unforgettable soundscapes and atmosphere—traits which are typically lacking in a genre that has become superfluous in nature.

What happens to be most pleasing about this record is its ability to channel such an aggressive and calculated tone whilst appeasing the varied sensibilities of each artist involved. Not only is it a unique experience, but one that solidifies the direction of the band and opens the gates towards their inevitable future as a household name in the scene. Small drawbacks include a fairly homogeneous experience, which struggles to escape its variables. The sound itself does vacillate often enough to keep the listener interested, but on the whole could stand to improve in its presentation.

In this way, the band seems a little torn between a completely thematic listen and one that is more dynamic and shaped through the journey of each track. Regardless of where they end up in that equation, there’s no denying that this is one of the strongest debut releases from a metal band in recent memory, and the collective pedigree of its members should have you interested from the start.