Dana Falconberry: From the Forest Came the Fire 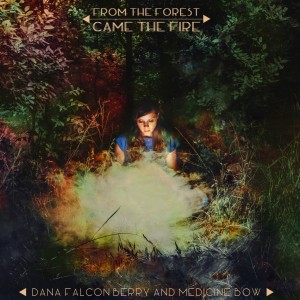 Avant-folk artist named for the job, Dana Falconberry, has returned to release her latest album, From the Forest Came the Fire, out now through Modern Outsider. Written on a series of solo-trips to various national parks and the Ozarks, this album is a largely a reflection on a human’s interactions with the natural world.

Musically the album is somewhere between Joanna Newsom and the Dirty Projectors. It’s a definite folk album with layers of instrumentation, including some electric instruments, but Falconberry also includes harmonies that would fit perfectly in a Projector’s album.

Her lyrics are filled with mentions of obscure animals who she seems to be in conversation with as she reflects on issues such as the transience of life. While this sounds a bit odd, it actually comes off as inspired, coming up with lyrics like “All that we now hold that too shall go / So there I cried like chapel bells, Oh! I’ve come untied like sea shells / But overhead a gull did sound so thought instead / No, this heart is bound.” This album if for fans of folk music with thoughtful lyrics.

Recommended If You Like: Joanna Newsom, Laura Gibson, Neko Case