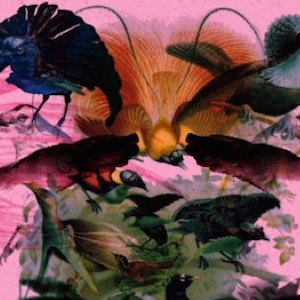 While Vynehall’s first full-length, Music for the Uninvited, was house music for headphones, Rojus, the second full-length, is house music for open-air island dance clubs. The former has a much more introspective feel, which is the perfect soundtrack for navigating a city on a rainy day. In terms of other electronic music, think “Untrue,”, by Burial or “Crooks and Lovers,” by Mount Kimbie.

On the other hand, the latter is much more gregarious and uplifting with a tropical atmosphere. Obviously, this is not unintentional because “rojus” means “paradise” in Lithuanian.

Rojus is somewhat of a concept album based off of Vynehall’s observations of house music crowds. He compares house music fans to birds of paradise and considers dancing a sort of bird-like mating ritual. This is not lost on the listener as their are various bird sounds scattered throughout the album, both sampled from real birds and mimicked through electronic sounds.

Rojus really runs the gauntlet in terms of styles of house music. There are elements of deep house, Chicago house, and Balearic house with all sorts of nods towards Latin jazz and tribal rhythms. What this amounts to is that most of the songs would not sound out of place in a dance club. Actually, they sound ready-made for the club. The exception is the first track, “Beyond This…,” which is beatless and atmospheric and leads the listener into the tropical dance party that follows. All of the other songs are imminently danceable.

If you aren’t used to listening to house music, you would be forgiven for thinking that these songs are repetitive. This isn’t pop house a la Disclosure, though “Beau Sovereign” comes close. People need repetition to shake their booties for as long as possible. In conclusion, if you find yourself deep into a Kansas winter, then you can close your eyes, put on this record, and easily imagine that you are dancing on a tropical beach somewhere in the Pacific Ocean.