Gold Panda: Good Luck and Do Your Best 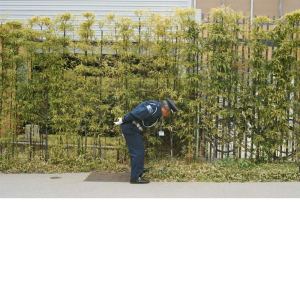 UK electronic producer Gold Panda has released his most adaptive LP yet with Good Luck and Do Your Best. Following a similar vein of past releases, this album lightly follows themed world influences. Borrowing elements of wonky electronic á la Flying Lotus and minmal techno beats, this record is well focused and worth the attention.

The standout feature of this album is without a doubt its subtle to obvious use of eastern Chinese elements. Whether this means the use of Chinese folk instrumentation or sampling a voice track of someone speaking manadarin, there is influence there. Variation in the weight of this influence keeps the album incredibly fresh. For instance, track 2(In My Car) is jazzy and driven by a trumpet over slight-off beat percussion signature of Gold Panda’s work. However, track 6(I Am Real Punk) is all together much slower and contains eastern folk strings that lull the song through. The album flows through this variation in tone very easily, although the beat can go from faint existence to the level of bangers in tracks like track 7(Song For a Dead Friend) or 3(Chiba Nights). More often than not, the entire LP remains very chill with a ringing bell sampling periodically filling the space behind the beat like water. One would easily find these songs at a South Beach Miami hotel pool if that sets the mood.

Synthesizing off-beat rhythms and worldly influence, Good Luck and Do Your Best is a sold follow up to Gold Panda’s releases. Though not nearly as varied and much more focused in sound, this album makes perfect ambience. Holding attention from song to song is also incredibly easy given enough time to rudiment each song.