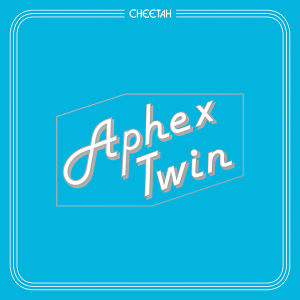 The Phonic Boy On Dope has seemed to soak in some warmth and calm in 2016, translating it into the lurking 80’s synth influenced tracks of his July 8th release with Warp Records, the Cheetah EP. Known to most as Aphex Twin, Irish born artist Richard D. James has been creating aliases and electronic tunes for over a dozen years. Releases as Phonic Boy On Dope, Power-Pill, Polygon Window, or just a perverted spelling of Aphex Twin have found success in mainstream and underground communities of electronic creators and listeners. Most visible though are James’ Aphex Twin releases, some 7 LP’s and dozens upon dozens of EP’s and singles released on Warp, Rephlex (a label co-founded by James in 1991), and other labels.

The Cheetah EP is smooth where Aphex Twin has been abrasive, yet still contains cyclical psychedelic layers that arrive without notice and can hold you in a house trance. Some tracks are hellishly smooth, delicate even, while others are 30 second lessons in unfolding synthesized chaos. “CHEETAHT2 [Ld spectrum]” and “CHEETAHT7B” open up the album in a melodic, structured fashion. Still, there is experimentation; a palette of spacey sounds that run around the sides of the sound, dipping out of the foreground every so often to tie things together. At times it feels influenced by a gentle but distinctly house sound, similar but more light hearted than Aphex Twin tunes of the past. 80’s synth is bopping about in the CHEETAHT tracks, but further into the EP, tracks like “CIRKLON3 [Kolkhoznaya mix]” beautifully emulate and showcase sounds from the 80’s synthesizer Cheetah is inspired by.

The Cheetah MS800 is a British synthesizer from the 1980’s, the namesake of the album, and from some digging around, considered a difficult to play, ill-advised purchase. But James found this ear sore of an instrument worth listening to, and if you dig about and find recordings of the original MS800, you’ll hear the similarities instantly. James does beautiful tribute to the instrument, cumbersome as some may see it, and wraps his listeners and Aphex Twin into a hook filled trance on Cheetah.

Recommended If You Like: Squarepusher, Penguin Cafe Orchestra, Tycho, Mount Kimbie
Recommended Tracks: 7 (2X202-STS), 1 (CHEETAHT2 [Ld spectrum])
Do Not Play: None
Written by Kayci Lineberger on 07/27/2016