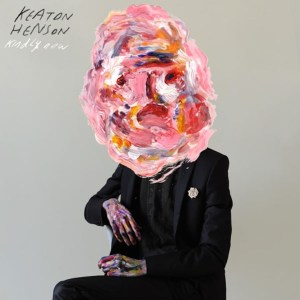 Kindly Now plays like an Iron and Wine concert performed in a concert hall. With an absolutely gorgeous production mixed with a full orchestra, the intimate singer-songwriter performance from Henson is remarkably haunting throughout the album.

The album opens with the nod to his previous electronica-oriented side project Behaving with the track “March,” an intro that spits out choppy, processed vocals that fade amongst a steady orchestral climb of violins and clarinets. The pacing of the album immediately crashes back down into familiar Henson territory with “Alright,” a slow, barebones ballad that delves into a touring artist dealing with a breakup. Sparse, reverb-touched piano joins Henson’s quiet delivery, a duo that provides the basis for over half of the entire record. “The Pugilist” carries over into similar territory with soft guitar fingerpicking backing up lyrics discussing how to deal with a relationship in the wake of a burgeoning music career, a unique and extremely intimate viewpoint. “Good Lust” shows off Henson’s artistic sophistication in a two-part movement, sounding more like full a concert piece with lyrics. “Old Lovers In Dressing Rooms” deals with the re-visitation of a songwriter and his former lover as the two walk through the vastly different life paths they took. Beautiful piano melodies support an impressively diverse vocal performance from Henson, as falsetto-tipped lines mesh with unique production touches like a creaking chair, creating a sense of a warm personal performance. “Holy Love” offers rootsy-folk vibes with looping chants blending into electronic pop beats, a bright spot on an entirely somber album. The record finally culminates everything on “How Could I Have Known,” with soft piano backing a huge, swelling orchestra before devolving into a melancholic conclusion.

Henson has an obvious knack for penning anxious, vulnerable songs about the darker bits of relationships. While the album has little ambition to be anything other than what it is, Henson shows off intense artistic focus with carefully crafted songs that hit the intended emotions of heartbreak with surprising precision.

Recommended If You Like: Iron and Wine, Chris Staples, Ray Lamontagne
Recommended Tracks: 1 (Old Lovers In A Dressing Room), 2 (Holy Lover), 3 (March)
Do Not Play: None
Written by Alex Murray on 09/26/2016