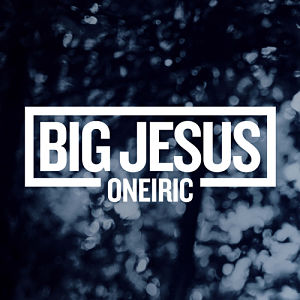 In the last few years, there have been quite a few bands pop up who combine heavy/stoner rock, pop, and shoegaze. These bands have loud, fuzzy guitars typical of heavy/stoner rock mixed with pop melodies and the washed out sounds and whispery vocals of shoegaze. In the ever-complex arena of genre and genre splicing, this combination of elements has often been referred to as “space rock” or “stonergaze” (depending on who you’re talking to and which band you’re talking about). Some of these bands include Hollow Sunshine, True Widow, Nothing, Sidewave, Spotlights, Cloakroom, Torche, and – Big Jesus. Many of these bands are also heavily influenced by 90s heavyweights like Hum, Failure, and the Smashing Pumpkins.

The Smashing Pumpkins have a particularly noticeable influence on Oneiric by Big Jesus. The guitar distortion and many of the drum fills sound straight out of Siamese Dream. There are also a lot of Smashing Pumpkins-esque guitar harmonies and squeals. Even the vocals are very reminiscent of Billy Corgan’s softer moments. All of these elements are especially noticeable on tracks like “Always” and “Oneirica”.

One of the most prominent aspects of space rock/stonergaze is the experimental approach to texture and atmosphere, which is what differentiates it from most other styles of rock. The problem with Big Jesus on Oneiric is that they strip the space rock/stonergaze sound of all its texture and nearly all of its atmosphere (with the exception of a few songs like “Shrimp” and “Heaviest Heart”). The result just ends up being Siamese Dream-era Smashing Pumpkins worship (or more broadly, a 90s alternative rock knock off) that fails to transcend many staid musical tropes. The song “Shards” is especially guilty of this. It sounds just like any other 90s alternative rock track.

Oneiric has a few great tracks, but why spend too much time listening to it when there are so many other bands doing a much better job with the same sort of sound?