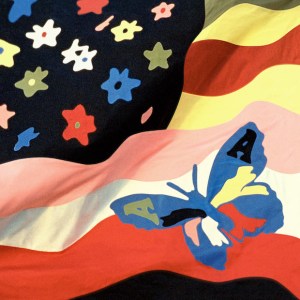 The Avalanches are an Australian instrumental hip-hop trio that are known for their sampling prowess. “Wildflower” is their second studio album and follows a 16-year waiting period – this understandably caused frustration and skepticism in their fan base. The 2-month announcement period spurred rumors and fanaticism like no other. The verdict is that while “Wildflower” isn’t their groundbreaking debut, “Since I Left You,” it is a solid turn in direction that maintains quality and emotion.

Whereas “Since I Left You” was groovy party-hopping in a tropical city, “Wildflower” is a waltz through a sunny summer prairie. Pretentiousness aside, there is an incredible amount of color in this album. This album is exactly like a run-on sentence in a high-school essay (in the best way possible). An insane amount of modifiers and a seamless continuation of content. It much easier to tackle the negatives regarding this album, however. First off, this album will not instigate much moving. There are funky songs perfect for grooving (the best example is the 4(Subways), 5(Going Home), 6(If I Was a Folkstar)). However, this quality dies very quickly and slips into something much more pensive. Aside from the star-studded cast of samples (from Father John Misty to M.F. Doom to Ariel Pink), the famous Avalanche method of seamless production really steals the show. Each tracks flows into the next perfectly – unfortunately this makes playing these tracks on air tough. The positive of this masterful slip from track to track is that one is able to receive the full effect of the emotion that is sometimes robust and sometimes much more subtle. An example of this incredible subtly is 16(Sunshine). The vocal sample of this track is key in understanding its decrepence. There is a boasting profession of love that slips slowly into heartbreak. It requires a good ear for lyrics and slight tones to see how strongly this song turns into something much sadder. This is in contrast with a track like 15(The Wozard of Iz) – in my opinion, one of the best and most single-ready on the album. This song is about as boastfully happy as you can get – and the inclusion of Danny Brown’s trademark swagger proves this. All in all, there is a fair amount of variance on this album but it requires an ear for what works and what does not.

This is a good album – a great one, in fact. Fans of The Avalanches must go in to this record fully not expecting anything like “Since I Left You.” Doing this causes a much better listening experience. This record is truly something unique and it begs the question: will the world wait another 16 years for new Avalanches?

Recommended If You Like: Dangermouse, DJ Shadow, Negativland
Recommended Tracks: 4(Subways), 5(Going Home), 6(I Wish I Was A Folkstar), 15(The Wozard Of Iz), 22(Saturday Night Inside Out)
Do Not Play: All FCC Violations edited in WideOrbit
Written by Dylan Fox on 07/13/2016