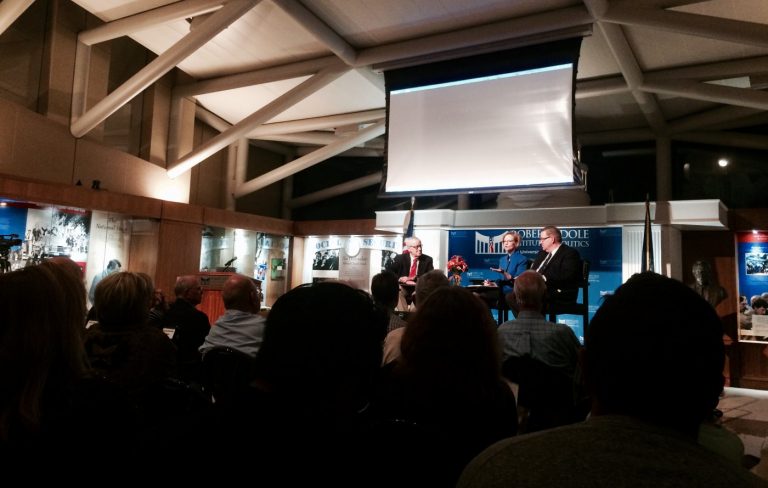 Talking Debates at the Dole

Last Monday, the Robert J. Dole Institute of Politics hosted a discussion on presidential debates led by communications professors from the universities of Kansas and Missouri. Professors Mary Banwart, associate professor and Director of the Institute for Leadership Studies as well as Mitchell McKinney, professor and chair of the Department of Communication at the University of Missouri broke down the “10 Greatest Moments in Televised Presidential Debate History”.

Just over 100 students, staff and local Lawrencians were on hand to watch and listen-in as these professors showed clips of past debates while navigating the list in chronological order. The moments broke down as follows.

This recent discussion at the Dole Institute of Politics really got me excited and interested about future events the institute hosts. To be honest, this is only the third lecture I’ve seen there but they have all been quality and well attended. Furthermore, I feel you always leave the Dole with a feeling of civility and national pride for participating in something that’s such a large part of our culture.

If you’re interested in attending an event at the Dole Institute of Politics a full schedule can be found here.

This is just one of many upcoming stories to be featured on the AD ASTRA Election Special. Broadcasting November 8 live on election night, we’ll feature stories covering multiple aspects of this years election that affect the KU & Lawrence community. Be sure to tune in!