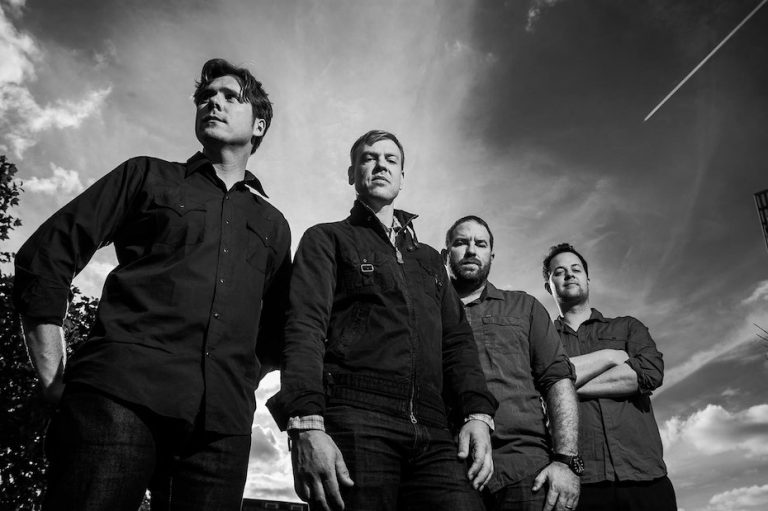 Jimmy Eat World’s debut album came out in 1994, the year of my birth. In the  22 years that have followed, lots has changed, but if one thing has remained the same, it is that pop-punk is still alive and well.

To a nearly sold-out crowd at Lawrence, KS venue The Granada Theatre, the sight of Jimmy Eat World front man Jim Adkins was like water to the thirsty. The miraculous applause he received while strutting onstage, holding his iconic Stratocaster was reminiscent of a crowd full of kids, of all ages, eagerly waiting to see their favorite band do something special, and that night, they did.

While charging into the first power chords of “Bleed American” the crowd shuffled around and pounded fists in the air. The chorus was an elation of nostalgia and punk energy that set the pace for the entire night.

As the band chugged through their set list chock full of new songs off their soon-dropping Integrity Blues as well as crowd favorites, and even older, dusty deep cuts, one thing was abundantly clear- this band has retained their fan base, and deserved this packed house. They sounded really, really, really good.

Adkins still has that pop-punk spirit, bouncing up and down with eager excitement as the songs and the show evolved.

Finally, the culminating point happened, Jimmy Eat World played their classic hit from Tony Hawk’s Underground 2 “Pain,” and the venue blew up with with adrenaline. That song was like a burst of fire, with a steady stream of propane fueling the flames.

That energy continued through the encore which was all killer- no filler. “The Middle” took everyone back to their awkward teenage phase, and “Sweetness” capped off the night, with the crowd shouting every word and raising their hands in the air like survivors in the ocean reaching out for refuge.

Jimmy Eat World survives today for the simple fact that they’re an awesome band, but also for a deeper meaning. They exist today because people everywhere deserve a nostalgic blast from the past, that still holds up, and still makes us feel like we did in middle school, skateboarding home from being rejected by that girl we thought we loved.