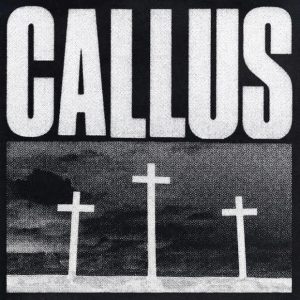 Gonjasufi’s Callus is one of the latest releases on experimental electronic label Warp Records. One could have guessed that too, because the record is very much in tune with the modus operandi of Warp releases. A good deal of Warp albums could be called “glitch”, or “IDM” (Intelligent Dance Music, as opposed to Stupid Dance Music), or just simply “Not EDM”. Callus is definitely an album in that vein.

That’s probably good news, though, because much like a good deal of Warp releases, this one doesn’t disappoint. Apart from keeping a mid-range tempo up throughout the album, Callus is dynamic and varied throughout. Clocking in at 19 tracks, the standout tunes in the album become recognizable after only a couple of listens. For instance, “Ole Man Sufferah” is a standout due to its extensive use of distorted drums and hooks that make it sound like it comes from a nostalgic childhood soundtrack. “Krishna Punk” lives up to its’ name, giving a bit more intensity while also evoking some Hindu vibes. “Devils” is just a flat out rager that any electro or modern day techno fan will head bob to. On the flip side, some of the tracks don’t work terribly well when isolated from the album, such as “Surfininity”: a more ambient piece that sounds cool at first, but then devolves into shrieky drone sounds that aren’t pleasant on the ears. A good number of the tracks are also real short, which when listened to out of the album makes you wonder if the song’s concept could have been extended for a few more bars.

Overall, the album pulls from many niches in electronic to create a mostly fun journey when listened to all the way through.