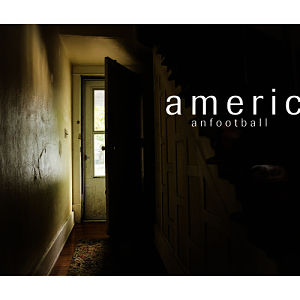 Starting in the early 2010s, younger emo bands began discovering American Football and that was reflected in the music of those bands. This was eventually brought to Kinsella’s attention and soon the band decided the time was right for a reunion.

American Football was an anomaly in emo from 1997 to 2000. Rather than focusing on distorted guitars and rock song structures, their sound was more comparable to post-rock and jazz: clean guitars, rhythmic complexity, hypnotic repetitions, and intertwining passages that ebb and flow with Kinsella’s uniquely fragile voice. In short, American Football (LP1) was the ultimate bedroom emo for lonely teenagers and 20-somethings everywhere.

American Football (LP2) has largely continued this sound. The band goes so far as to include a trumpet as they did on a couple songs from LP1. However, this is not to say that LP2 is an exact copy of LP1. The band expertly expanded on the sound of LP1 while retaining many of the aspects that fans would expect.

The main difference between LP1 and LP2 is that LP2 has a more produced sound, stronger vocal delivery, and different lyrical perspective. Kinsella is not 22 years old anymore – he’s closer to 40. Instead of lyrics wistfully recounting past relationships, he seems to focus more on his troubles with domestic life.

Overall, LP2 is a more-than worthy follow-up to LP1.