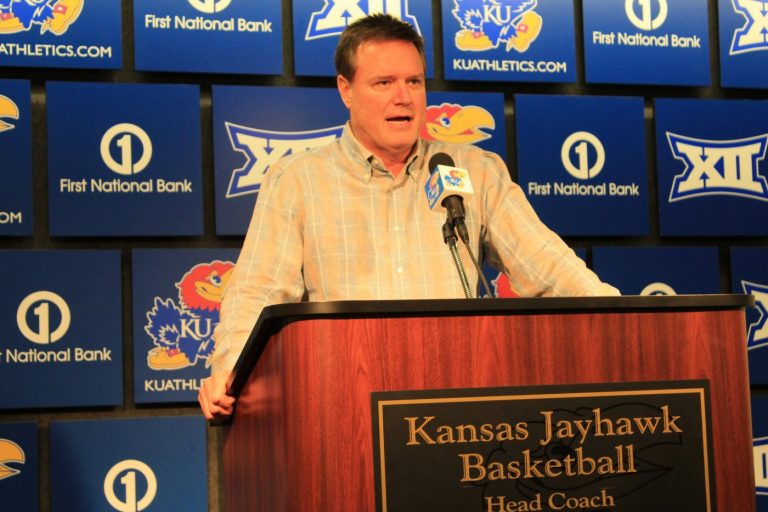 Coming off a lackluster performance against Washburn, the Jayhawks look to shake off the remaining rust against the Emporia State Hornets.

While facing off versus Washburn, Kansas turned the ball over 24 times, shot a pedestrian 52% from the free throw line and, was out rebounded by the severely undersized Ichabods, 45-44. Though the Jayhawks still ended up winning the game 92-74, head coach Bill Self left the game disappointed and wanting more from his guys.

With spirited practices all week long, Self expects a much improved effort.

“Hopefully we will pay attention to detail better, rebound better.”

Emporia State was a losing ball club last year, going 13-16, 10-12 in the MIAA. However, the Hornets return the most experienced senior class in school history to start the 2016-17 season.

Five seniors that have combined to play in 411 games with 133 starts are joined by leading returning scorer from last year, sophomore guard Brandon Hall. Emporia State was picked to finish 11th in the MIAA Preseason Coaches Poll.

The Hornets opened their season on November 4th against Arkansas, losing 94-44. The Hornets turned the ball over 30 times and trailed 49-16 by halftime.

Kansas leads the overall series vs. Emporia State, 20-3. Since 1992, Kansas has won 10 straight in the series with all the contests being held at Allen Fieldhouse.

After Emporia State, the Jayhawks will be tested immediately as they travel to Honolulu, Hawaii to participate in the Armed Forces Classic, facing the #11 ranked Indiana Hoosiers. KU will then head to New York, New York to clash against the #1 ranked Duke Blue Devils in the annual Champions Classic.