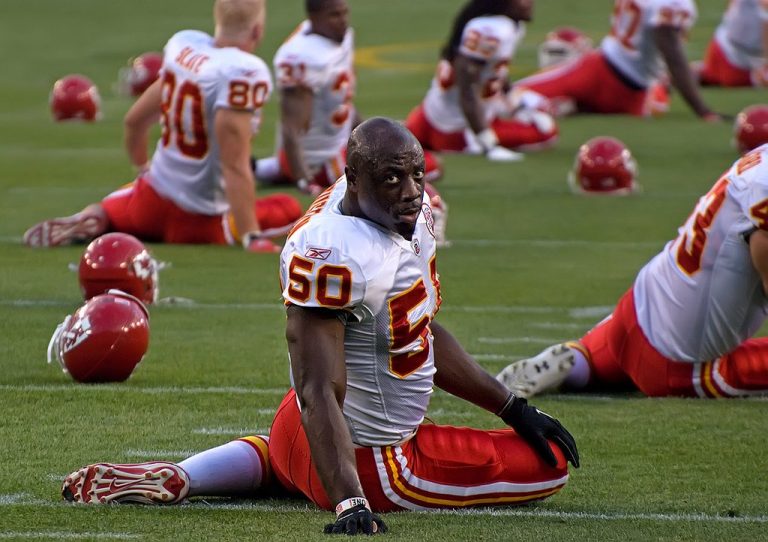 I can already see the comments rolling in.

“Bobby, you charismatic stallion of a man, surely you know that mid season has already passed, and it is now Week 10.”

Yes, very astute my imaginary commenter, but mid season for a team is when they play a total of eight games. The Kansas City Chiefs are 6-2, so there is my logic. But alas, I digress back to what matters.

The Chiefs have been a surprise team in the AFC, as they sit half a game out of first in the AFC West, and are generally considered a dark horse Super Bowl contender.

Sure, the Chiefs have only beat up on lower tier teams, and yes, their loss against the Pittsburgh Steelers was one of the worst in the NFL this season.

Luckily for the Chiefs, they are still one of the better teams in the NFL. I will call them good, but not great. With all of that said, lets dive into my mid-season report card for the team.

Looking at the offense through this first eight games, it is obvious that this team will only go as far as quarterback Alex Smith can take them. When Nick Foles filled in for him against the Jacksonville Jaguars, he could not handle or lead the offense. Smith has found his niche in the NFL,  and he is the perfect game manager.

Yes, that is considered a dirty term, but it fits so perfectly with him. Smith will never put a team on his back and throw the ball for 400 yards.

At the same time, he will never make bad throws or be careless enough to lose a game. He is painstakingly average, but for this offense, it works. A stat line of 1,638 yards and eight touchdowns will never scare a defense.

Maybe that is the beauty of the Chiefs offense, they fly under the radar and lull teams into a false sense of security and dink-and-dunk their way to touchdowns. While Smith is exactly what he has always been, the Chiefs have had a great breakout player on offense.

Spencer Ware has been a revelation for Kansas City.

He has over 500 yards rushing, averages 5 yards per carry, and has over 300 yards receiving. He has filled in beautifully for Jamaal Charles. For those wondering, Charles should be done in KC. Outside of Ware though, Charcandrick West has not done enough, averaging only 3.9 ypc. The wide receivers and tight ends have also underwhelmed, but to mostly no fault of their own.

This was supposed to be the year that Travis Kelce finally broke out and became the next elite tight end. He has the talent, but Smith is holding back the offense with his limited arm and seemingly never wanting to go down the field. Travis Kelce leads the team with 39 catches, but the big man only has three touchdowns. The team leader in receiving touchdowns is Tyreek Hill with four, who has been a pleasant surprise, and looks to be turning into a dynamic playmaker for years to come.

The defense has been the strength of the team for years, and that has not changed in 2016. The defensive line has been disruptive even without Justin Houston. Dee Ford is having a breakout year with nine sacks, good for third in the NFL.

Marcus Peters is once again playing like a ball hawk, picking the ball off five times. While there may be some good players on this team, there has also been moments where the defense has not looked great, namely in the Steelers game.

The Chiefs are ranked 16th in total defense, but most importantly, they are only allowing 18.9 points per game.

Games against the Denver Broncos (twice), Oakland Raiders, and Atlanta Falcons make for a brutal last eight games. However, the Chiefs have done enough in the first half of the season to at the very least make the playoffs.

I see them losing to the Raiders, Broncos, Falcons, Panthers, and Chargers. This team is a good team masquerading as a great one. The upcoming weeks will be very telling in finding out if this team is an actual contender. Their ceiling is a 13-3 record, but I do not see that happening. They have been too up and down all season, and I see them finishing at 9-7.