You Blew It!: Abendrot 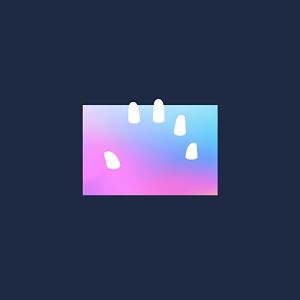 You Blew It! is at the forefront of the emo revival that really started taking off at the beginning of this decade. Their last album, the excellent Keep Doing What You’re Doing (2014), certified their role as scene leaders. Abendrot finds the band shedding a lot of the rock muscle of their previous album, but the songs retain their signature guitar layering and interplay with some additional surprises.

The band have expanded their sound quite a bit. For example, there is piano featured on a couple of songs (“Kerning” and “Hue”) and some odd vocal effects on other songs (“Autotheology”). The band seems to have experimented with their sound just enough to push themselves, while also not alienating old fans.

While their signature guitar layering and interplay is still there, there is a lot more exploration of space. “Autotheology” begins with vocals with heavy reverb, a sparse drum beat, and a twangy guitar. “Hue” begins with just a drum beat and some guitar chord strums.

The experimentation seems to mirror that of Evan Weiss’ project Into It. Over It.’s new album Standards. Coincidentally, Evan Weiss produced Abendrot just as he did with You Blew It!’s previous album.

Vocalist and guitarist Tanner Jones’ lyrics often mix vivid imagery with pensive reflection. This seems like a great leap in lyrical maturity, as Keep Doing What You’re Doing was fraught with clever, sneering turns of phrases as commentary on a soured relationship.

Overall, one of the best rock albums of the year.

Recommended If You Like: American Football, Into It. Over It., The World Is A Beautiful Place And I’m Not Afraid To Die, Dikembe, The Hotelier, Modern Baseball, Owen
Recommended Tracks: 11 (Basin & Rage), 4 (Greenwood), 7 (Canary), 2 (Like Myself), 6 (Hue)
Do Not Play: 1 (Epaulette) and 12 (Kerning) are essentially glorified intro and outro tracks and the former has a DNP, 9 (Minorwye) seems out of place on the album
Written by Josh Gaston on 11/25/2016