Have you heard of Sofar Sounds? 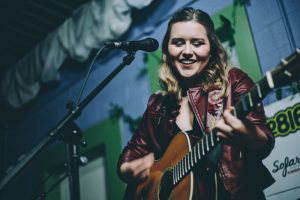 You’ve been to concerts before. Sometimes it’s in an arena with 10,000 other people from different walks of life. It’s crowded, stuffy, and most of them showed up late just to see the headliner. Or maybe it’s at a bar with the artist sitting on a stool on a tiny stage playing songs she poured her heart and soul into writing, while the dude to your right is hammered, spilling his Bud Light on your shoe and the girl to your left is so consumed by her phone that she has no idea what’s going on around her. You came for the music, so you’re annoyed, to say the least, that the people around you don’t seem to appreciate it the way you do. Maybe it’s time to try a new scene. That seems to be what Rafe Offer, Rocky Start and Dave Alexander were thinking when they founded Sofar Sounds, a live music movement that’s changing the way the world experiences concerts and is bringing the magic back to live music. 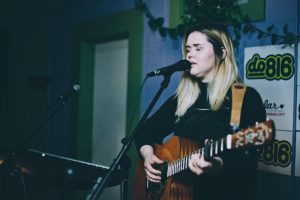 Sofar Sounds began in London in 2009, and has since expanded to over 300 cities worldwide. It’s been established in places like Los Angeles, New York City, Prague, Bangkok, and recently a little closer to home, Kansas City.

The idea is to experience live music in as intimate a setting as possible. Each city has its own Sofar Sounds team. The team brings three artists and provides an unconventional location—someone’s living room, rooftop, etc.—and you bring your own beverage, a friend, a positive attitude and an open mind. From there, everyone sits back and enjoys the music. The audience is encouraged to participate and abstain from excessive cell phone use. 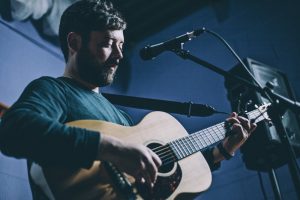 Events are held on a monthly basis, and the location and artists remain undisclosed until the day prior to the show, when guests receive a text and an email with the details. Sofar Sounds has hosted performers as big as Hozier, Leon Bridges and Bastille, but typically showcases smaller local artists. It’s all about meeting new people, appreciating local music, and truly listening.

Kansas City has had three Sofar Sounds shows since its start in November, one at the PlaylistPlay house, one at Hagoyah, and the most recent in the West Bottoms, featuring Jake Wells, Jessica Paige and Calvin Arsenia. It’s off to a great sold-out start in Kansas City, and Sofar Sounds would love to have a music lover like you at the next one. Apply for your tickets here.