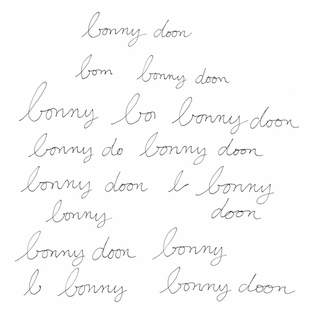 Named after a northern Californian nature preserve, Bonny Doon, channels the sunny mood of California on their self-titled debut record. Hailing from Detroit, built around songwriters Bill Lennox and Bobby Colombo, the band’s breezy guitar-lead pop isn’t the most typical sound coming from the Motor City. While the songwriting is compelling and engaging on Bonny Doon, at times it is outweighed by the consistent mood provided by both the song structure and sonic themes of the record. Songs like the more upbeat “Lost My Way” break up the melancholy summer bummer mood of the record. Hints of old school country and indie folk are scattered about the collection of tracks in certain chord progressions and guitar leads, which add depth to the mostly minimal production. “I See You” is an excellent lead single with a deadpan singing voice and witty lyrics about life moving on and a relatable line about receiving a text from Lennox’s mom wishing them a happy birthday and telling them to come back home. “Never Been to California” is a somewhat ironic tune about living in Detroit, being able to smell “the whiskey on Canada’s breath,” and lusting after the allure of California over simple, sun-drenched melodies.

With sonic influences of Neil Young and vocal techniques reminiscent of Parquet Courts, Bonny Doon delivers more than expected for a full-length debut. Bonny Doon’s nonchalant delivery of introspective lyrics is charming, and hopefully they are able to explore different musical themes in their next release. Overall, this record is simultaneously engaging and easy-going—something that is difficult to pull off for many bands, and I look forward to listening to my favorite tracks in the midst of July when I’m feeling particularly in my feelings.