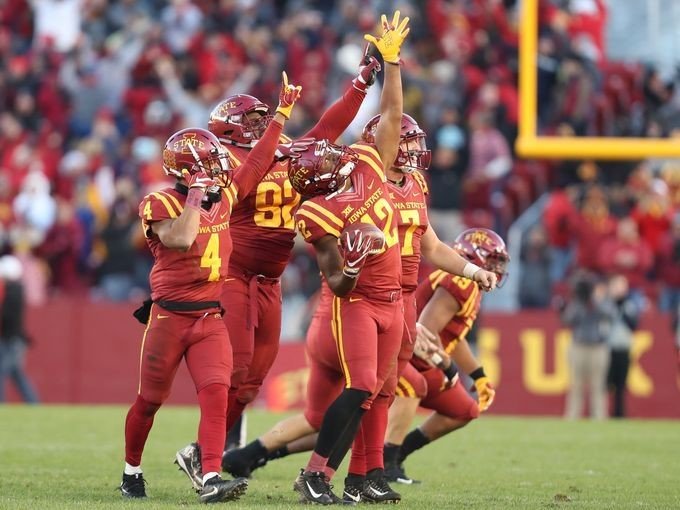 Iowa State LB (42) Marcel Spears Jr. celebrates with his teammates after his game clinching interception against No. 4 ranked TCU.

The craziness just got crazier! After another wild week of college football, we now have a four-way tie for first place in the Big 12. At this point, all four of these teams look to be nearly dead-even from a competitive standpoint. With such a tight race for the top seed in the conference, the stakes for the next couple games are at an all-time high. That being said let’s get to the rankings.