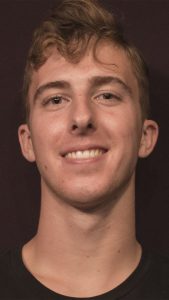 Dakota: Who are you?

Garrett: Well my name is Garrett Mould, I’m the director of Arts and Culture at KJHK. I’m a senior at KU and my majors are Economics and Philosophy.

D: As Arts and Culture director, what is your main duty here?

G: Um really I oversee the Arts and Culture staff, obviously, and that kind of entails putting together an hour long show on FM radio which happens every other Wednesday. And it’s basically a compilation of stories and podcasts, it’s mainly podcasts, about Lawrence, events going on around Lawrence, events going on campus or KU. And really anything that is affecting the country or the world. So our topics are pretty wide ranging.

D: How did you come to be the Arts and Culture director?

G: Well I joined Content staff last year in the middle of Spring semester, so I’m still pretty new; getting the hang of things. It’s funny how it came about. My buddy Abe was on content staff, and he knew I liked listening to podcasts on the way to school and stuff like that. And so he kind of dragged me to one of the meetings. And I ended up like, “Yeah I guess I’ll go, I’m not doing anything else right now.” And then I got there and I asked “Hey is it possible to make my own podcast?” And Cody Boston, the content director last year said yeah. He showed me how to do it. I was so surprised by all the equipment here that I could use. He then asked “What do you want to make a podcast about?” From there it was just thinking of ideas and I kind of ran with it.

D: Was there anything in the job description that was there that you weren’t prepared for?

G: I think I had a pretty good understanding about what I would be doing. Chad Onianwa was the director last year and he was good at laying out stuff. He’s still on staff this year which really helps. If I have questions, I can always refer to him. I’d say the thing that surprised me the most is dealing with people on staff. I kind of knew what the podcast creation and editing process would look like, but I’ve never been the head of a staff before. So I think when you’re dealing with people there will always be challenges. But they’re rewarding challenges, so working with everybody and working through their problems on their podcasts and getting to see the final product is always pretty rewarding. 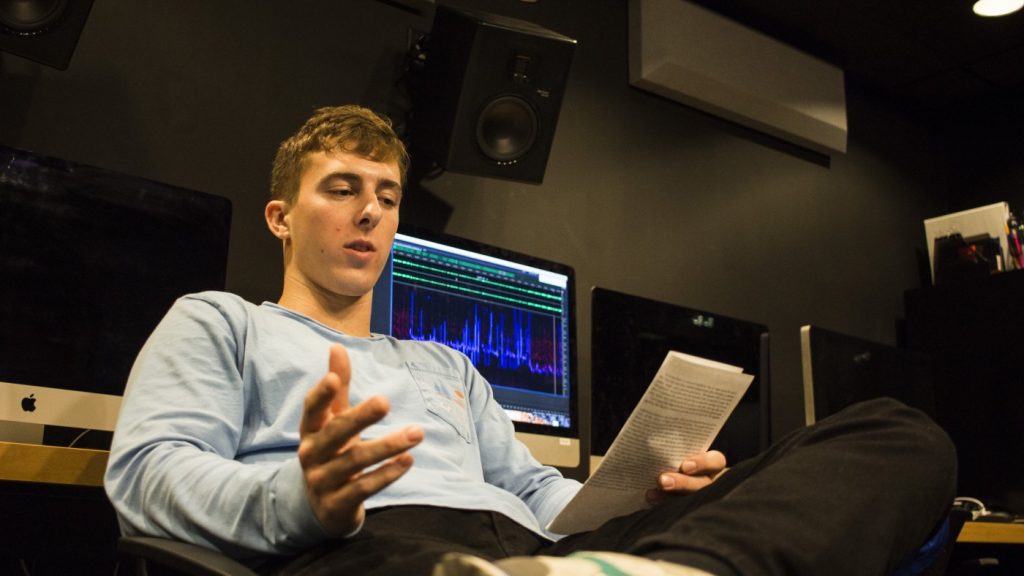 D: What’s the writing process when you try to create a podcast? What do you go through and what type of research do you do?

G: That’s tough. It depends on what I’m working on. So when I’m doing a story with narration-type podcast, it’s a lot of research usually. A lot of it is just writing the script, which is at least 50 percent, or even 75 percent of it. And then I’d say 10 percent of it is actually recording. What’s that leave us with…25 percent? I’m bad at math. But anyways from there…It’s 15 percent, I got it. From there it’s like editing, stuff like that, and that is pretty time consuming as well. So a lot of it for the storytelling podcast is just writing the script and doing the research. And when you’re bringing in somebody to interview a lot it is just getting the interview set up, coming up with interview questions and then really weaving together the narration and the interview. So finding ways to put your voice outside the interview and making it a cohesive story and bring bits of the interview here and bits later on and kind of mash it together.

D: That’s a pretty good behind-the-scenes look in there. What’s the hardest part of making your podcasts?

G: For me, it’s kind of like after I have it all done there’s like little things I can still tweak. The little things that I know I could have done better but maybe I didn’t have time. Just doing more and more takes of a certain part. If something sounds weird rolling off the tongue just getting that down to where it’s perfect is where I’m compulsive about it I guess. 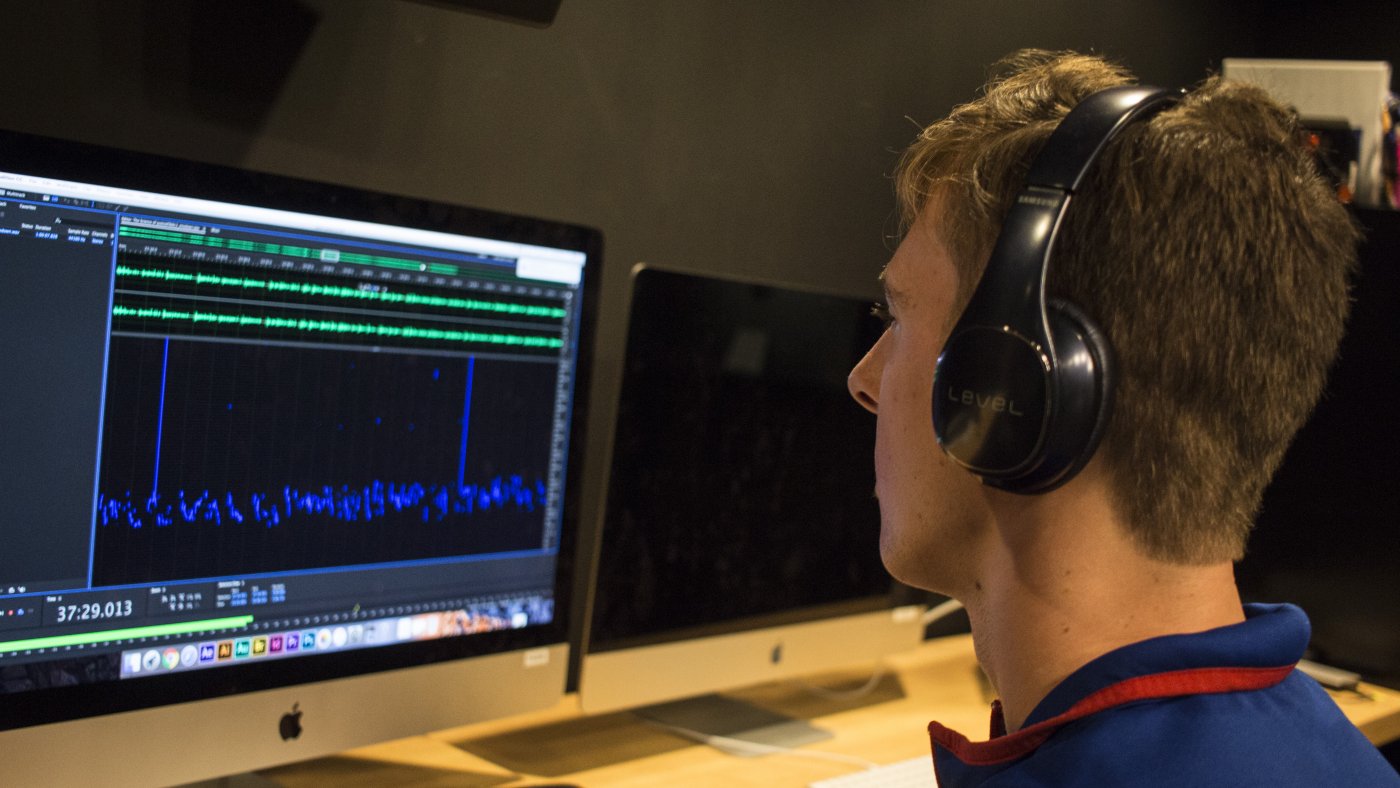 D: As the current Arts and Culture director is there anything you do that’s different than ones before you had done? Did you come in wanting to change anything majorly?

G :Well I think Chad had really done a great job with Arts and Culture staff last semester. Right now I’m working on figuring out what I want to do differently and what our staff wants to do differently. It’s all kind of a combination of what everyone wants to do. I want to get their input and stuff. We are sticking with themes, which is one thing we’d like to work on. I know RadioLabs does this. Last year they did a ghost episode and did 5 different podcasts that had to do with the supernatural and the topic of ghosts. And those can be really wide ranging. And this year we are working on a comfort zone theme. So that’s where we are going to have, hopefully, everybody on staff do something outside of their comfort zone. Get their before and after, what they felt like before they went skydiving or went up on stage to do an open mic. Something that normally terrifies you . One person is scared of flying insects, so he’s going to try to be a beekeeper for a day. So we are going to get an interview with him, hopefully, before he gets in that bee suit and gets around all those insects. Afterwards, we’ll ask how bad it was or how much is in your head. Also I’d just like people working on personal podcasts, stuff they’re really passionate about. Chad did a good job with that so I’ll continue to do that.

G: Yeah I know definitely. That’s Skylar, he’s going to do that. I’m going to stick with something less terrifying.

D: Cool, well Garrett thank you for your time.