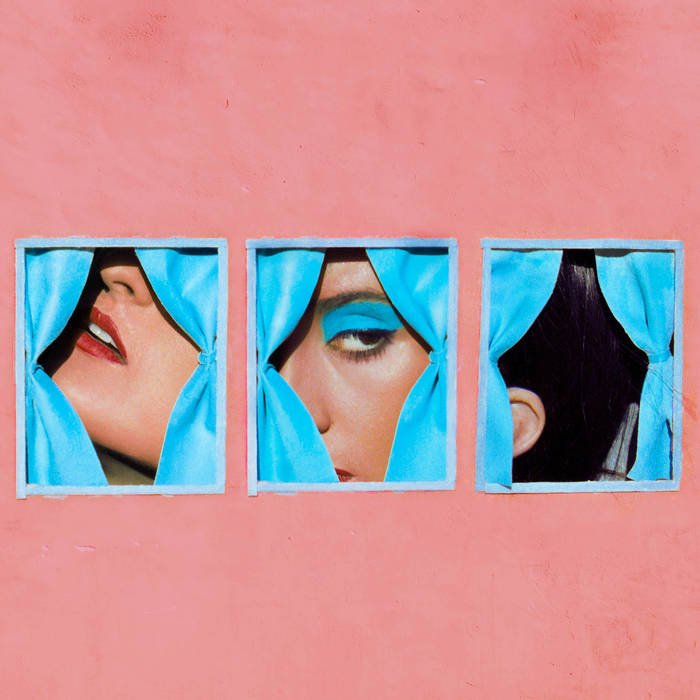 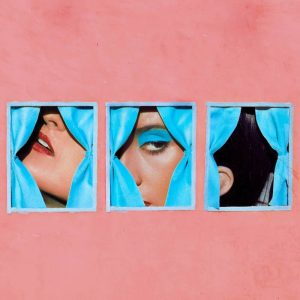 Juliana Giraffe and Ari Balouzian together are Midnight Sister, a band straight out of California sounding as avant-garde indie with a cinematic flair. Midnight sister recently released their album Saturn Over Sunset on September 8, 2017. The album truly takes you on an outwardly inworld adventure through yourself and all the oddities, obscurities and detail within our world.

The album begins with a lullaby feeling song about a canary bird. It seems to take the mind into the sweet, pure and experimental world. Just after this smooth opening, a change of pace comes to you keeping steady the flow o sweet, but with an alternate underlying, and almost hiding, darkness. The first and second songs flow into each other as “Canary” drifts you slowly into the sleepy depths of “Leave You”. Bringing you back up into an enjoyable and calming mindset, “Blue Cigar” feels like an artistic and happily-creepy joyride around France in it’s most dream-like state.

The cigar story flows into another which begins with piano, almost as a broadway musical and continues on with jumpy beats and extremely delicate and supplementary violin bits. This song is named “Showgirl” and so it lives inside of it’s name as a showgirl. Within this song, there is a distorted portion with some made out words, almost a buzzing noise in the background. It is a hypnotic noise collage, but abruptly switches back into the chorus of the song. Continuing on this song, you could recognize Mile Me Deaf sounding vocals on the sung O’s and a then a big, great, grand finale.

“The Drought” comes next, absolutely glorious beginning. It may just float you up into the sky, as it did to me, and as you listen to this song, you’ll notice it is talking mostly about the sky you could now be floating in. It will softly glide you along with the instrumentals as a wistfully inspiring breeze.

The next song, “The Crow” brings with it a harsh whirlwind of aggressive and anxious story telling. Not only is it ruckus, but also an anthem, almost of deep, deep darkness and creepy care. Leading you along just long enough, “Daddy Long Legs” plays next with an upbeat and avant-garde pop presence. Spilling feeling in reverb and speaking detail in piano notes.

Up next is a creepily soft song named “Shimmy” which does the captivating call and response as well as begins with a single layer of instruments, then adds more with a clap of hands initiating growth. Don’t forget about that bass solo ending the song and leading into “So Young”, a lullaby and sentiment which sings you to sleep with the joys and hardships of being young alongside the feeling of a being inside a 60s movie musical town, very quaint and extremely bipity-bopity.

With a dark turn takes you “The View from Gilligan’s Island”. Tick tick tick tick, here we go, moving along, no structure, time, confusion, timelessness, hurry, oh no, here we go again, hear the train, click click, journey, tick tick tick tick. All those thoughts I did have, traveling through this song which is solely instrumental.

Popping up next is “Hitman.” Hyperactive piano beats and dreamy, yet fierce female vocals take over parts of this song that they get alone. When not together, drums or violin pair with piano, vocals or both to create an intense feeling of either gum drop fields or atomic bombs, depending the part of the song journey.

In with the dramatic piano and broadway musical scene once again, “Clown” takes the reigns. The vocals are captivating as they are so delicate and powerless, but far bold enough to take you with them up and down, down and up. The wee, short conversation between the drums and piano at the end is priceless. It almost transports somewhere other than where you were during the rest of the song, it goes just a smudge deeper.

Finally, ‘Their Eyes’ pulls you in with the same kind of piano and vocals as previous. The words “They don’t, see shadows like you do” always gets me thinking like mad and the instrumental break within the song gives time for precious thought. Before you know it, you are intertwined in between a man and woman singing with a more than beautifully simple ballad playing simultaneously. Feeling light as a feather and reminding me of Cassie from the show skins, This is truly fulfilling as a sort of goodbye songs as the album comes to an end.

I have been listening to this album for weeks now. Saturn Over Sunset is one of those albums that transports reality every time it narrates life.