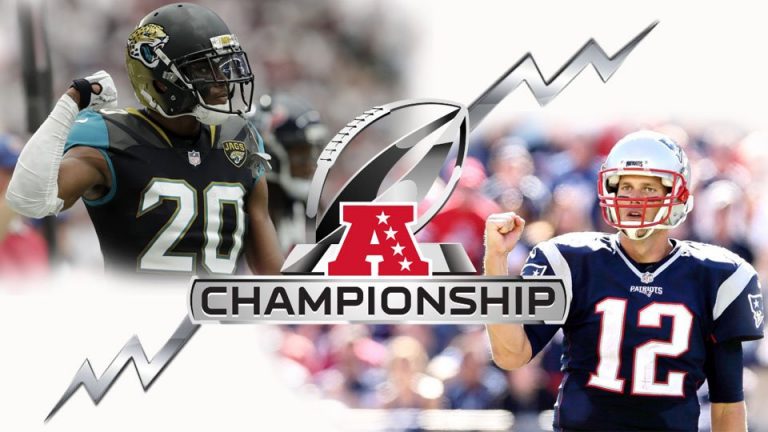 Coughlin’s Blueprint vs. Belichick and Brady: Why the Patriots are in Trouble 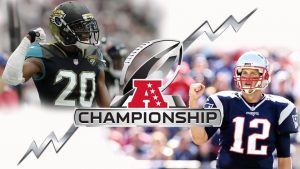 Let me take you back 10 years. The seemingly invincible tandem of future Hall of Fame Coach, Bill Belichick, and reigning MVP Quarterback, Tom Brady, are leading the 18-0 New England Patriots to their fourth Super Bowl in the last 7 years. The only thing that stands in the way of this duo is a “lucky to be there,” New York Giants team. This team had barely scraped by in every single one of their playoff games, most notably in the NFC Championship beating the Brett Favre’s Packers by a field goal in overtime.

There is just simply no way the Giants win this game. Vegas didn’t even give the Giants a chance to win. They had the Patriots as 12.5-point favorites.  Everybody in America is preparing for the Patriots to make NFL history as the only team to cap off an undefeated season hoisting the Vince Lombardi trophy… Everybody except for Giants Head Coach Tom Coughlin that is.

Prior to the 2007 season, New York was ready to part ways with Coughlin after yet another playoff let down. Coughlin’s contract had expired and the city was ready to move on. Nevertheless, President & CEO John Mara decided he was going to give Tom Coughlin one more shot, signing him to a one-year extension. Coughlin knew he was in the hot seat. His next move had to be his best or he was going to be unemployed. The following year was when Coughlin assembled a team built to destroy elite offenses.

How does one totally ruin their opposition’s game plan? It starts up front; never let the Quarterback get comfortable in the pocket. What Coughlin created was a monstrous defense capable of not only winning playoff games, but shutting down the “Galactic Empire of the NFL,” Belichick’s Patriots.

In 2007 the Giants had the fiercest pass rushing defense evident by their league leading sack number (53). The thing that made this defense special was that they could generate pressure while only blitzing their defensive line. This unit was led by 1st team All-Pro Justin Tuck, future Hall of Famer Michael Strahan, as well as Pro-bowler Osi Umenyiora. When Super Bowl Sunday came around, the Giants defense starred. Brady was under fire throughout the whole game and ended up getting sacked 5 times. This hot pressure was the key factor in how the Giants were able to hold a team averaging 36.8 points per game to just 14. Coughlin had done it. He had shocked the world and taken down Belichick and Brady.

Four years later, Coughlin beat Belichick in the Super Bowl again with a with a team designed to apply pressure to Tom Brady. This team returned veteran studs Justin Tuck and Osi Umenyiora while adding 1st team All-Pro, Jason Pierre-Paul. A lot of people don’t realize this but Tom Coughlin has actually bested Bill Belichick in nearly every matchup, evident by his 5-1 all-time record against him.

After moving on from the New York Giants, in 2016 Coughlin took over the Jacksonville Jaguars, the team he had coached from 1995-2002. Coach Coughlin started to make moves right away. That year the Jaguars used 6 of their 7 draft pick on defensive players highlighted by current starters Jalen Ramsey (5th overall pick), Myles Jack (36th overall pick), and Yannick Ngakoue (69th overall pick) while also adding emerging star D-lineman Malik Jackson in free agency.

This year the Jaguars decided to move Tom Coughlin to their front office, hiring him as Executive VP of Football Operations. Although he would not coach the team, earlier this year it was reported that Tom Coughlin was having a difficult time adjusting to his new role. Coughlin even said so himself, “I’m not going to adjust who I am or how I go about it… I walk the practice fields and I say what I want to say, even to the head coach. ‘I don’t like this, I like this.’ And it’s a constant critique.”

This offseason Coughlin maximized his new role and completed his team’s rebuild using the same blueprint he used with the Giants, but this time even scarier. The Jaguars proceeded to sure up their pass rush adding veteran Calais Campbell, a 6’8 behemoth who had been one of the premier Defensive Ends in the league for years. To go along with their now elite pass rush, Coughlin also added cornerback AJ Bouye and strong safety Barry Church to sure up their secondary.

Fast forward to the regular season and it is clear Coughlin knew what he was doing. This defense now goes by the nickname “Sacksonville” due to their incredible sack number (55). Calais Campbell is having his best year of his career with 14.5 sacks while also earning 1st team All-Pro honors. Malik Jackson is now a Pro-bowler and one of the most feared interior lineman in the league. Yannick Ngakoue is having a breakout year, posting a career high in sacks (12.0).

This team also has something previous Coughlin-built teams did not—a dominate secondary. Jalen Ramsey is a 1st team All-Pro and commonly regarded as the best cornerback in the league. AJ Bouye has proved to be the perfect complement to Ramsey, also being selected to the Pro-Bowl. Barry Church alsp showed he was a perfect fit setting his career high in interceptions while helping tremendously in run support too. Jacksonville’s inside linebacking core of Telvin Smith and Myles Jack put the league on notice providing a unique brand of speed and pass coverage to their position.

This Sunday, Coughlin’s Jags are headed to Foxborough to take on Bill Belichick and Tom Brady’s Patriots. This year’s Patriot team, without a doubt, one of the most flawed Belichick coached teams we’ve seen in years. Their defense is putrid, ranking 29th in the league in yards allowed. Last week, Jacksonville took down a far more talented Steelers team. The Jaguars have all the pieces to shutdown the Pats. On top of that, reports are coming out that Tom Brady has a hurt hand and has been sitting out of practice. Although this injury is only minor, it will only make things harder for the Patriots to get the ball in the hands of their playmakers while facing a defense that ranks in the top 2 in yards allowed, sacks, and interceptions. The Patriots haven’t faced a defense of this magnitude all season.

To those of you that think Blake Bortles is incapable of leading the Jaguars to the Super Bowl, allow me to take you back to the last time the Patriots faced a defense of this caliber in the playoffs. In 2015, the Denver Broncos beat them with Peyton Manning. That year Peyton Manning was actually benched after throwing 9 touchdowns and 17 interceptions. This year Blake Bortles threw 21 touchdowns and 13 interceptions with a higher completion percentage than Manning had.

For whatever reason Vegas has the Patriots as 9.5-point favorites—downright disrespectful! May I remind you that in every single one of Tom Coughlin’s wins over Belichick and Brady he has been the underdog. This all seems too familiar.