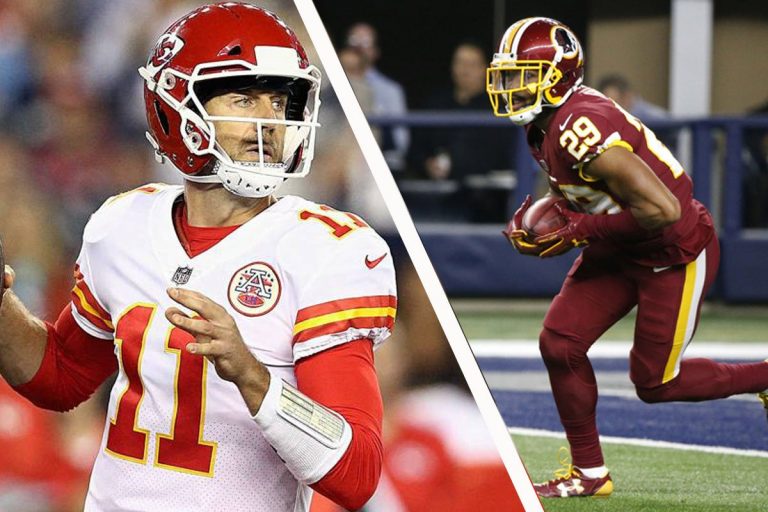 Why the Alex Smith Trade is an Excellent Move 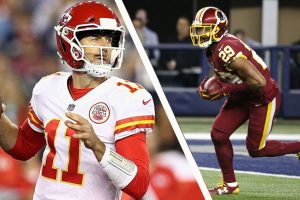 Football fans, the move has finally happened—the move that essentially everyone benefits from. If you haven’t heard the new the Kansas City Chiefs have agreed to trade Alex Smith to the Washington Redskins in exchange for talented young cornerback Kendall Fuller, as well as a 2018 third-round pick. This trade is exciting because it benefits the Chiefs, and football fans as a whole.

This trade really could not have come at a better time, following the heart-wrenching playoff exit. First and foremost, the Chiefs fans and the entire Kansas City Chiefs organization have a lot to be excited about. The move is exactly what needed to be done. Alex Smith’s trade value is at an all-time high, coming off the best season of his career. Smith made the Pro Bowl while posting career highs in passer rating, passing yards, and passing touchdowns. This move benefits the chiefs because it not only solves the Smith vs. Mahomes quarterback controversy, it also saves a total of $17 million dollars of cap space. These savings can be used to add more talent to the team via free agency.

At the end of this past season one thing was clear, the chiefs needed to do something about their horrendous defense. Last year the chiefs defense 28th in the NFL in total yards allowed and dead last in 1st downs allowed. This off season there are a lot of defenders that could help this unit tremendously. This group is highlighted by DT Sheldon Richardson, DE Demarcus Lawrence, and FS Reggie Nelson. Add this with the freedom to up an additional player in what is said to be a upcoming draft class.

Upon finding out he had been traded, cornerback Kendall Fuller hopped on Twitter to share his reaction:

On a more serious note i cant wait to get to Kansas City! Im excited to be a Chief!!

According to Pro Football Focus Kendall Fuller is a grade-A corner, scoring a 90.0 on his PFF grade which ranks his as an elite NFL cornerback. If Kendall Fuller plays like he is capable of playing while continuing to improve, the chiefs just acquired an early first-round level talent and did so while addressing another issue.

In theory, Patrick Mahomes could be better at getting the ball down the field to star receiving threats Tyreek Hill and Travis Kelce Alex Smith was. Mahomes is notorious for having a cannon of an arm dating back to his days as a baseball prospect. On top of this, Andy Reid has hyping him up for quite some time now stating he has “come a long way” since the preseason. If this experiment works out, KC is heading in the right direction.

During last years draft, many fans were shocked when the Chiefs traded up to pick quarterback Patrick Mahomes. The story around Patrick Mahomes was that he had the biggest arm in the draft class. No longer do we have to watch “Captain Check-down” refuse to make the big throw. Even the biggest of Patrick Mahomes haters is rubbing their hands right now as if to say “lets see what this man can do>” When I think about the combination of Tyreek Hill’s wheels and Mahomes’ throw power I already start to get Michael Vick to DeSean Jackson flashbacks.

Chiefs Fans, this move should give you hope. This move shows that your front office is already showing a willingness to make moves in order to help the team. After this past playoff blunder, this off season is a pivotal moment for the team and it is good to see a team eager to improve after getting embarrassed after years of heart breaking home playoff losses.

Another thing that will be interesting to watch moving forward how this move effects the rest of the league. With Smith agreeing to sign a four-year extension with Skins’ as part of the trade deal, quarterback Kirk Cousins will not be franchise tagged and can go ahead and take his talents elsewhere. There are a lot of teams right now that are desperate for a good quarterback to lead their offense. I will be interesting to see what these teams decide to do particularly in a year that has a lot off exciting young quarterbacks entering the 2018 draft.

The off season hasn’t even technically started yet and the first blockbuster deal as already went down. Perhaps this off season could be quite the adventure.